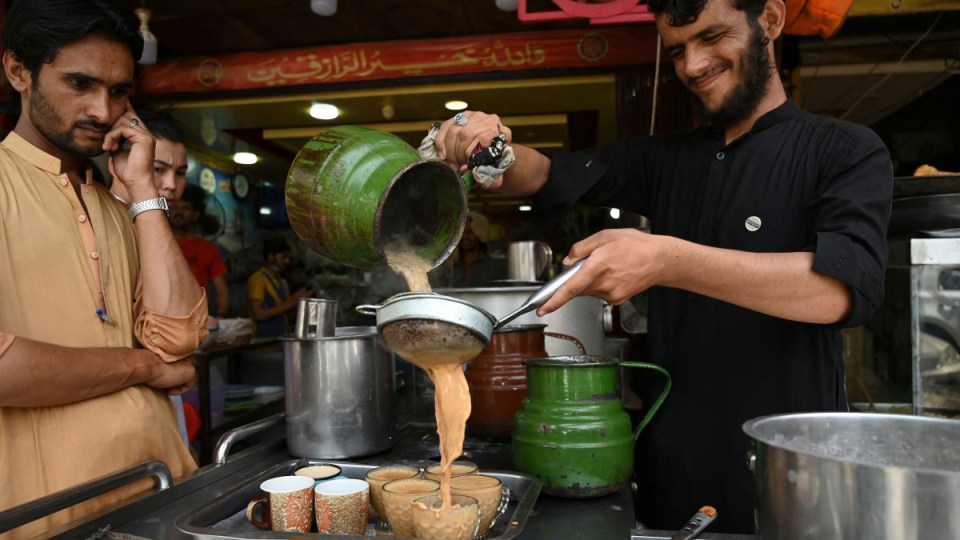 Pakistanis are believed to each drink at least three cups of tea a day on average. Photo: Getty

A minister in Pakistan’s newly elected government has faced criticism following his plea to the nation to drink less tea to help save on imports amid a deepening economic crisis.

Pakistan is among the world’s top tea importers, a hugely popular drink among both the rich and the poor in this country of 220 million people.

The government has to spend about $US600 million ($856 million) from the central bank’s hard currency reserves for tea imports annually.

Pakistanis are believed to each drink at least three cups of tea a day on average.

Prime Minister Shahbaz Sharif, who took over in April after Imran Khan was ousted in a no-confidence vote in parliament, has pledged to improve the ailing economy and meet conditions set by the International Monetary Fund in an effort to revive a $US6 billion bailout package.

“I appeal to the people to reduce their tea drinking by one or two cups a day because we also borrow money for the tea, which is imported,” Mr Iqbal said at a news conference on Tuesday.

Some have openly advised Mr Iqbal on social media to resign.

“Yesterday, Ahsan Iqbal asked us to consume less tea and tomorrow they may say eat less. Is it a solution?” asked Dil Sher, who owns a roadside tea stall on the outskirts of Islamabad.

The government has so far hiked the price of fuel, natural gas and electricity by up to 45 per cent, sending food prices soaring.

Last week, Mr Sharif’s cabinet presented its first budget to parliament for approval, levying more taxes on the rich and vowing to remove subsidies on energy and fuel as demanded by the IMF.