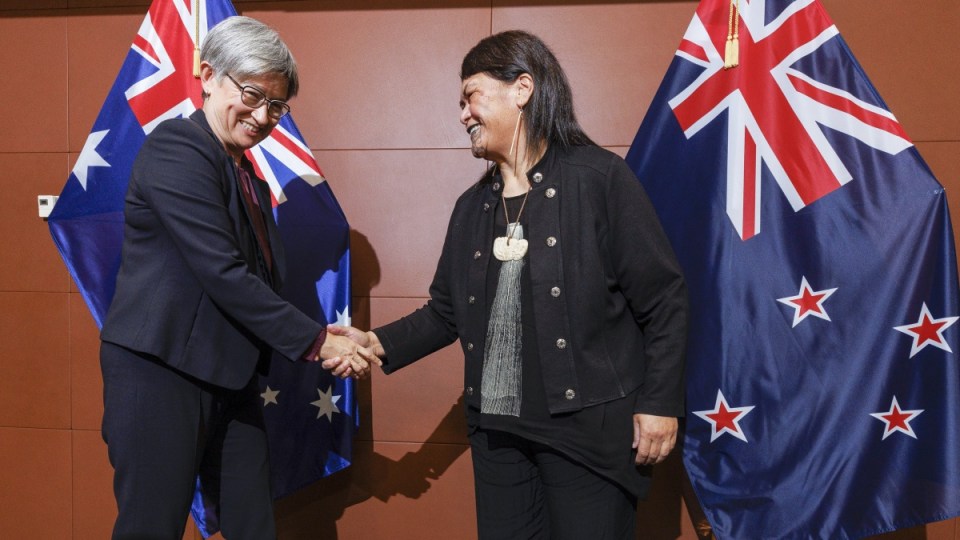 Foreign Minister Penny Wong has recommitted to maintaining the regional processing centre on Nauru, which accounts for more than half of the island country’s budget.

Revenue from the processing centre accounts for $135 million of Nauru’s $250 million revenue stream in its 2022/23 budget.

“We’ve been clear about the government’s maintenance of (the centre),” she told reporters in New Zealand on Thursday.

But Australia and New Zealand would need to work with Pacific island nations to ensure long-term economic stability to avoid smaller nations becoming indebted to international actors such as China.

“The sustainability and debt financing for developing countries, particularly those in our region, is of interest to both our nations,” the foreign minister said alongside her New Zealand counterpart in Wellington.

“It goes to sovereignty and choice and it goes to stability. It also potentially goes to security of the region.

“Both our nations are seized, as are other members of the Pacific Islands Forum, about the importance of debt arrangements which are reasonable and fair, and which avoid countries being unduly burdened.”

Senator Wong will visit the Solomon Islands on Friday, the first by an Australian minister since Honiara officially signed a security agreement with China.

Australia has criticised the opaqueness of the agreement as Western nations raise concerns it could pave the way for Chinese military installations in the Solomons, a claim Beijing and Honiara have denied.

China has put a regional security deal on ice as some Pacific island nations push for regional consensus ahead of any security treaty being signed.

The agreement is due to be discussed at the Pacific Island Forum, of which Australia is a part, in mid-July.

Australia and New Zealand have maintained the security needs of the Pacific should remain within the remit of the “Pacific family”.

“Pacific security should be provided by the Pacific family,” Senator Wong told RNZ.

But the statement has drawn the ire of a top Solomon Islands diplomat, who has criticised other nations in the region for not adhering to the principles of sovereignty.

Colin Beck, who serves as the Solomons permanent secretary to the United Nations and ambassador to the United States, appeared to take a veiled swipe at Australia and New Zealand amid the two states raising concerns over the Sino-Solomons security deal.

“When the principle of non-interference into the internal affairs of another state is cast aside a new era of relations is emerging in the Pacific,” the diplomat, who previously served as high commissioner to Australia, wrote on Twitter.

“Concept of family is redefined.”