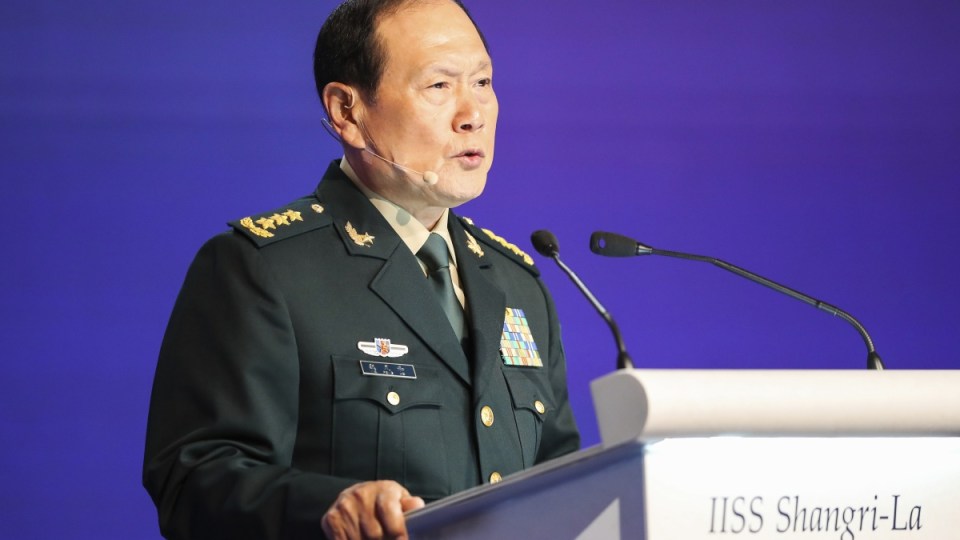 Mr Marles said it was an important “first step” given it was the first meeting between any Australian and Chinese minister in almost three years.

The relationship has been in a deep freeze since Australia called for an investigation into the origins of COVID-19, which triggered trade disputes with its No.1 trading partner.

“It was an opportunity to have a frank and full exchange in which I raised a number of issues of concern to Australia,” Mr Marles said in Singapore on Sunday.

These included last month’s dangerous incident between an Australian maritime surveillance aircraft and a Chinese fighter plane over the international waters of the South China Sea.

He also wanted to ensure that the countries of the Pacific are not put in a position of increased militarisation.

But otherwise he declined to divulge the contents of the meeting that went for more than an hour.

“This was an important meeting between two countries of consequence in the Indo-Pacific region, it was a critical first step,” Mr Marles said on the sidelines of the Shangri-La Dialogue gathering of international defence ministers.

He said the meeting came about after he had been introduced to General Wei on Friday.

Asked what the next step in the relationship would be, Mr Marles said: “We want to take this in a very sober and very deliberate manner, we don’t underestimate the difficulties we have had in our bi-lateral relationship.”

Earlier Mr Marles, who is also the deputy prime minister, said his government has been very clear it wants to go about its international relations in a way that is “sober, professional and based on respect”, which is important during complex times.

“The more complex the times,  the more important there is dialogue and proper diplomacy,” he told Sky News’ Sunday Agenda program.