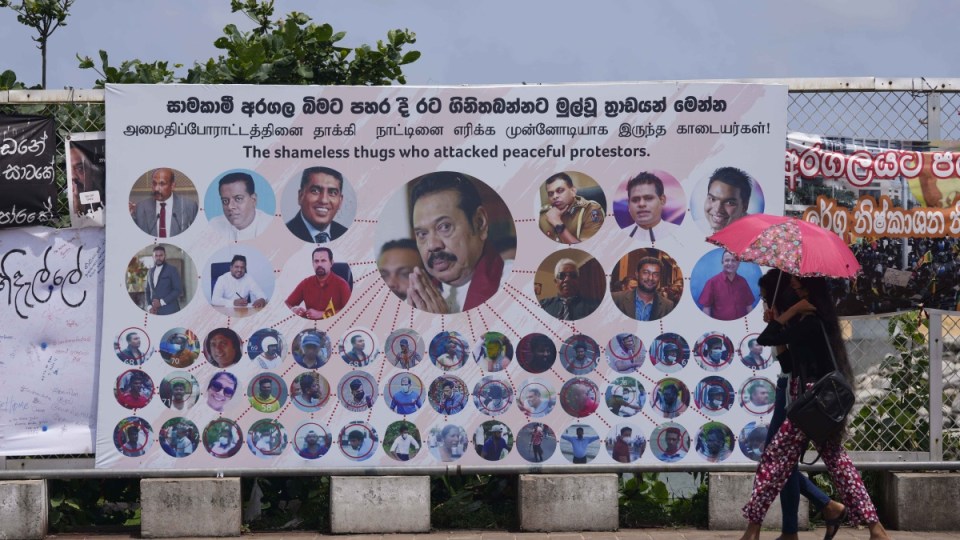 Sri Lankans have been urged to use scare supplies carefully amid the country's financial crisis. Photo: AP

In his speech to Parliament, Prime Minister Ranil Wickremesinghe said the UN plans to provide $48 million in assistance over a four-month period.

Mr Wickremesinghe said that for the next three weeks it will be tough to obtain some essentials and urged people to be united and patient, to use scarce supplies as carefully as possible and to avoid nonessential travel.

“Therefore, I urge all citizens to refrain from thinking about hoarding fuel and gas during this period. After those difficult three weeks, we will try to provide fuel and food without further disruptions. Negotiations are underway with various parties to ensure this happens,” Mr Wickremesinghe said.

Sri Lanka is nearly bankrupt, having suspended repayment of its foreign loans. Its foreign reserves are almost spent, which has limited imports and caused serious shortages of essentials including food, medicine, fuel and cooking gas.

The country is due to repay $7 billion this year of the $25 billion in foreign loans it is scheduled to pay by 2026. Sri Lanka’s total foreign debt is $51 billion.

Authorities have started discussions with the International Monetary Fund for a bailout package and Mr Wickremesinghe asked the IMF to lead a conference to unite Sri Lanka’s lending partners.

Needs $6 billion over next six months

He said Sri Lanka will need $6 billion over the next six months to stay afloat.

A decision taken last year to ban agrochemicals and make the country’s agriculture totally organic has halved rice production during the main cultivating season, though the ban has since been withdrawn. A lack of funds to buy fertiliser threatens future yields, too, causing fears of a food crisis.

“The task of rebuilding our declining agriculture must begin immediately. We are losing the international market for our export crops. Action must be taken to prevent this. Chemical fertilisers are needed to boost local agriculture,” he said.

The economic crisis has led to political turmoil in the country with protesters camping out outside the president’s office for more than 50 days calling for the resignation of President Gotabaya Rajapaksa, whom they accuse of being responsible for the crisis.