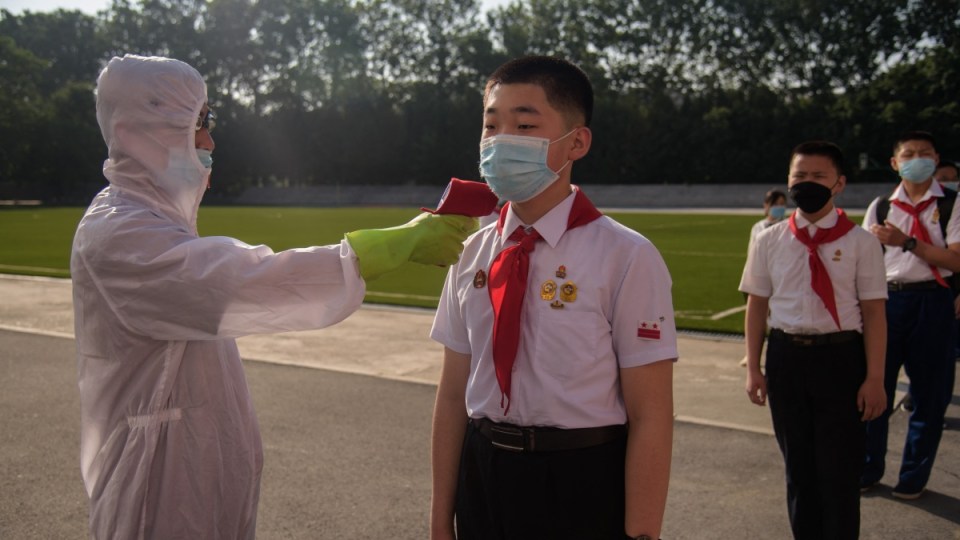 North Korea has not confirmed the total number of people testing positive for the coronavirus. Photo: Getty

The isolated nation reported 263,370 more people with fever symptoms, and two more deaths, taking the total fever caseload to 2.24 million as of Thursday night, including 65 deaths, according to state media KCNA.

It did not report how many of those cases had tested positive for the coronavirus.

Despite the caseload, the North said farming continued, factories were working, and it was planning a state funeral for a former general.

“Even under the maximum emergency epidemic prevention situation, normal production is kept at key industrial sectors and large-scale construction projects are propelled without let-up,” KCNA said.

“Good results are reported steadily in the ongoing anti-epidemic war.”

The rising caseload and a lack of medical resources and vaccines has led the UN human rights agency to warn of “devastating” consequences for North Korea’s 25 million people. World Health Organisation officials also worry an unchecked spread could give rise to deadlier variants.

North Korea said on Wednesday the country’s virus outbreak was taking a “favourable turn”. However, officials in South Korea say it is hard to draw a conclusion as it is unclear how the North is calculating the number of fever and COVID patients.

Cases of fever reported by the government had declined in Pyongyang but risen in rural provinces, and either through error or deliberate manipulation were unlikely to be fully accurate, said Martyn Williams, a researcher at the US-based 38 North.

“I doubt they represent the exact picture,” he said on Twitter.

South Korea and the US had offered to help North Korea fight the virus, including sending aid, but had not received a response, Seoul’s deputy national security adviser said on Wednesday.