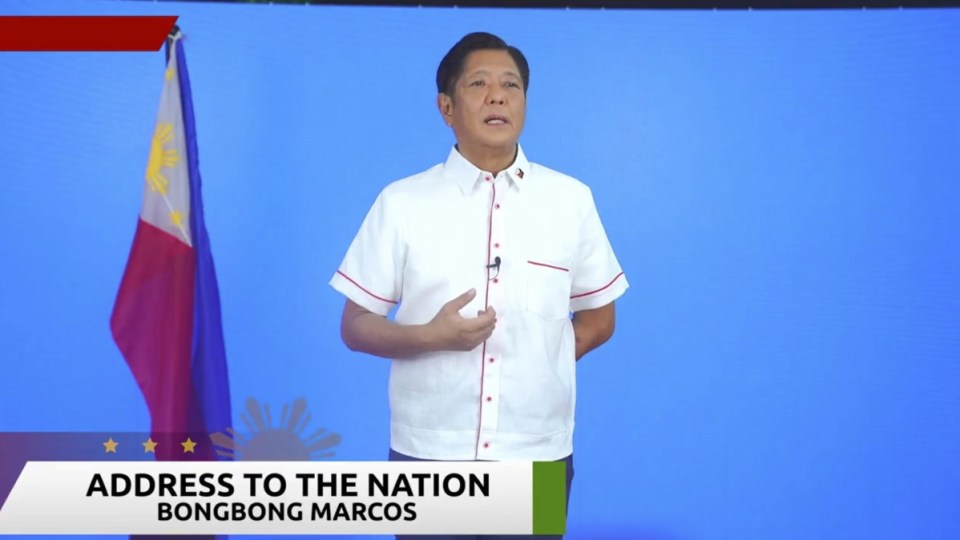 Protesters have rallied outside a Melbourne apartment building over a visit by Ferdinand Marcos Jr. Photo: AP

Members of Australia’s Filipino community have protested outside a Melbourne apartment building where the Philippines’ presumptive next president, Ferdinand Marcos Jr, was reportedly visiting his son.

Prime Minister Scott Morrison telephoned Mr Marcos on Tuesday to congratulate him on his victory in May 9 elections, Mr Rodriguez said.

Mr Rodriguez was critical of the small group of protesters on the sidewalk outside the Melbourne apartment.

“It’s embarrassing for Filipinos. It’s not a Filipino trait to shame or embarrass his fellow Filipino in another country,” he said.

“I think the best authority or person to say whether he is welcome or not are the Australian government, and not fellow Filipinos who are there because they are full of hatred and have a very bitter heart.”

Mr Marcos, the son and namesake of the Philippines’ former dictator, arrived in Melbourne on Monday to visit his son Vincent, who is enrolling in a university in the Victorian state capital, The Age newspaper reported.

The electoral triumph of Mr Marcos and his allies is a dramatic reversal of the “People Power” revolt in 1986 that forced his father out of office following years of human rights violations and plunder that his son has never acknowledged.

Mr Marcos received more than 31 million votes in the unofficial count in what is projected to be one of the strongest mandates for a Philippine president in decades.

Sara Duterte, his vice presidential running mate and daughter of the outgoing president, appeared to have also won by a large margin.

US President Joe Biden and Chinese President Xi Jinping are among world leaders who have congratulated them.

The separately elected president and vice president will take office on June 30 for a single six-year term, after Congress confirms the results.