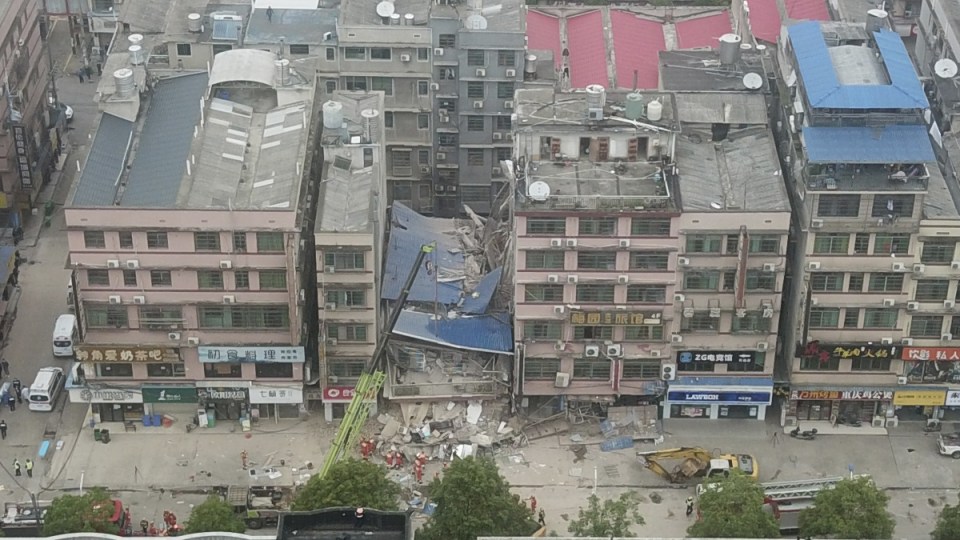 A housing block that collapsed in China left 53 people dead, according to state media. Photo: AAP

Fifty-three people died in the collapse of a housing block in the Chinese city of Changsha last week, state broadcaster CCTV reports

Rescuers have pulled 10 survivors from the rubble of the eight-storey “self-built” house in Hunan province that collapsed on April 29, according to CCTV.

The cause of the collapse is under investigation by local authorities and several people have been arrested, according to the report.

Earlier CCTV reported that 26 people had died in the incident.

Authorities said on Friday the search had ended for people trapped from the collapse.

The 10th survivor, an unidentified woman, was pulled out shortly after midnight on Thursday, nearly six days after the building suddenly caved in, Xinhua reported.

The woman was conscious and advised rescuers on how to pull her out without causing further injury, Xinhua said.

Teams also used hand tools as well as drones and electronic life detectors in the search.

All of the survivors were reportedly in good condition after being treated in a hospital.

Intermittent rain showers in recent days may have increased their chances of survival without food or water.

Michael Pascoe: A grand housing alliance looms at last – if our new PM has the will
Shanghai morgue workers discover person in body bag is still alive
Today's Stories

Toll from building collapse in China at 53