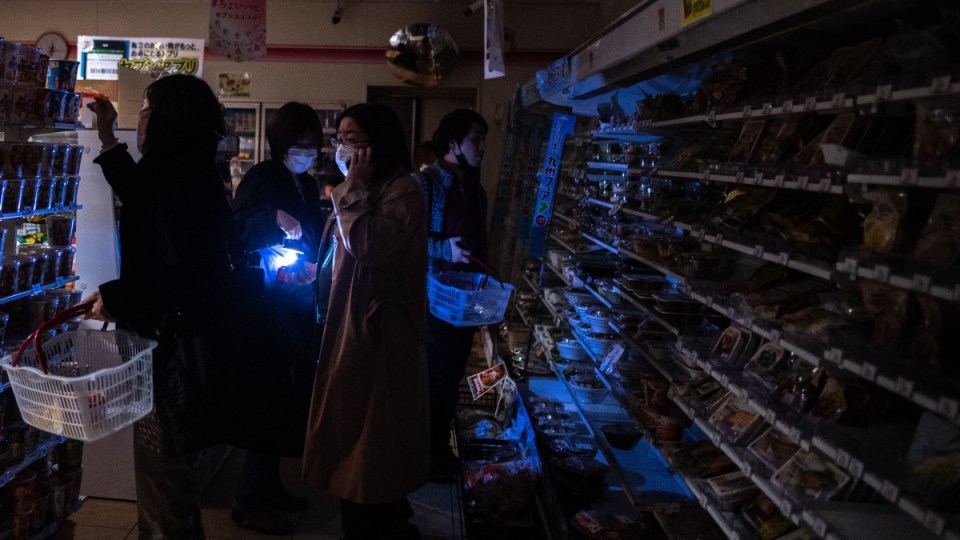 A powerful 7.4 magnitude earthquake has struck off the coast of Fukushima in northern Japan, smashing furniture, knocking out power and killing at least four people.

A small tsunami reached shore, but the low-risk advisory was lifted by Thursday morning.

The region is part of northern Japan that was devastated by a deadly 9.0 quake and tsunami 11 years ago that caused nuclear reactor meltdowns, spewing massive radiation that still makes some parts uninhabitable.

Prime Minister Fumio Kishida told a parliamentary session on Thursday morning that four people died in Wednesday’s quake and the cause of their deaths are being investigated. Another 97 were injured.

A man in his 60s in Soma city died after falling from the second floor of his house while trying to evacuate, and a man in his 70s panicked and suffered a heart attack, Kyodo News reported earlier.

The Japan Meteorological Agency early on Thursday lifted its low-risk advisory for a tsunami along the coasts of Fukushima and Miyagi prefectures. Tsunami waves of 30 centimetres reached shore in Ishinomaki, about 390 kilometres north-east of Tokyo.

The agency upgraded the magnitude of the quake to 7.4 from the initial 7.3, and the depth from 60 kilometres below the sea to 56 kilometres.

NHK footage showed broken walls of a department store building fell to the ground and shards of windows scattered on the street near the main train station in the inland prefectural capital of Fukushima city. Roads were cracked and water poured out from pipes underground.

Footage also showed furniture and appliances smashed to the floor at apartments in Fukushima. Cosmetics and other merchandise at convenience stores fell from shelves and scattered on the floor. In Yokohama, near Tokyo, an electric pole nearly fell.

The Tokyo Electric Power Company Holdings, which operates the Fukushima Daiichi nuclear plant where the cooling systems failed after the 2011 disaster, said workers found no abnormalities at the site, which is being decommissioned.

Japan’s Nuclear Regulation Authority said a fire alarm went off at the turbine building of No 5 reactors at the Fukushima Daiichi but there was no actual fire. Water pumps for the spent fuel cooling pool at two of the four reactors at Fukushima Daini briefly stopped, but later resumed operation. Fukushima Daini, which survived the 2011 tsunami, is also set for decommissioning.

More than 2.2 million homes were temporarily without electricity in 14 prefectures, including the Tokyo region, but power was restored at most places by the morning, except for about 37,000 homes in the hardest hit Fukushima and Miyagi prefectures, according to the Tohoku Electric Power Co., which services the region.

Many people formed long lines outside of major stations while waiting for trains to resume operation late Wednesday, but trains in Tokyo operated normally Thursday morning.

A Tohoku Shinkansen express train partially derailed between Fukushima and Miyagi due to the quake, but nobody was injured, Prime Minister Fumio Kishida said.

He said the government was assessing the extent of damage and promised to do its utmost for rescue and relief operations.

“We are doing our utmost in rescue operations and putting people’s lives first,” he said.

He urged residents in the affected areas to use extra caution for possible major aftershocks for about a week.