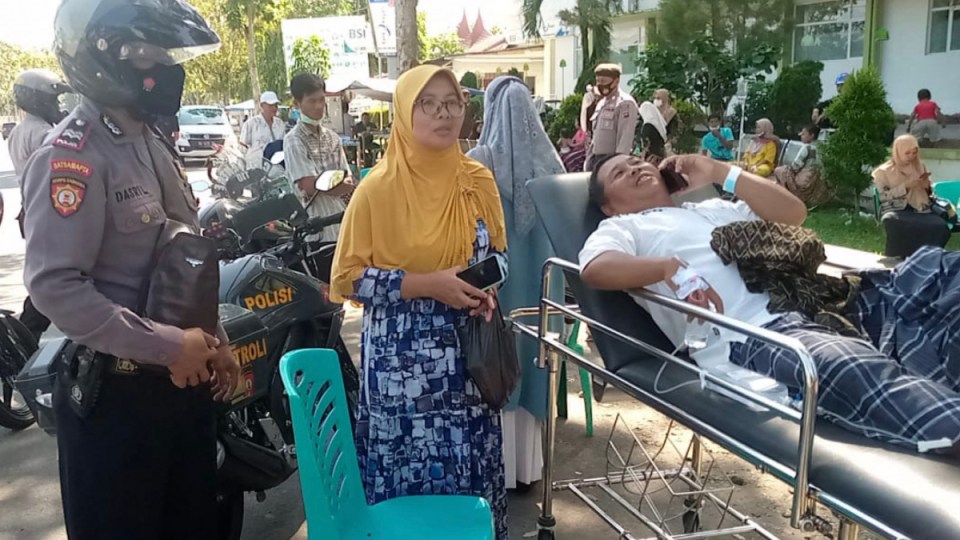 A magnitude 6.2 earthquake has struck near the western coast of Indonesia’s Sumatra island.

There was no risk of a tsunami or immediate reports of major damage, the country’s geophysics agency BMKG said.

Friday’s quake, which was on land at a depth of 10 kilometres, was felt as far away as Singapore and Malaysia and strongly in the nearby cities of Padang in West Sumatra province and in Pekanbaru in Riau Province, witnesses said.

“We continue to monitor and advise people to remain on alert,” Dwikorita Karnawati, the head of BMKG, told MetroTV.

“Because this is on land, and the scale is above six, we are concerned that it could cause some damage.”

In Pasaman Barat, about 17 kilometres from the epicentre, a witness told MetroTV patients in a hospital were evacuated from the building.

Indonesia’s disaster mitigation agency could not immediately be reached for comment about damage.

Last month, a 6.6-magnitude earthquake struck off Java island, prompting some residents in the capital Jakarta to flee from buildings in panic.

A more powerful 7.4 magnitude tremor in the Flores Sea triggered a tsunami warning in December, though caused only minor damage.