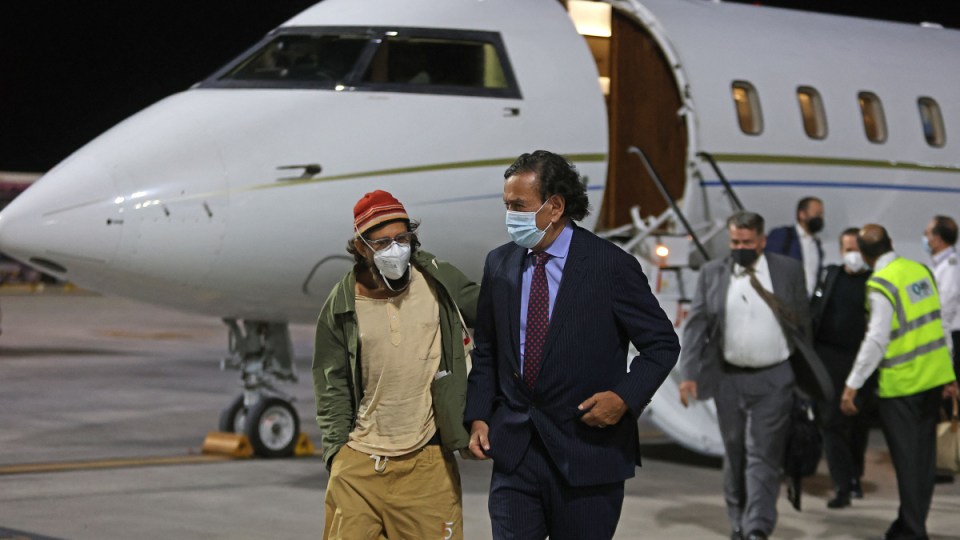 US journalist Danny Fenster says he is healthy and happy to be heading home after flying to Qatar following his release from prison in Myanmar.

His release followed negotiations between former US diplomat Bill Richardson and the ruling military junta.

Fenster, 37, the managing editor of independent online magazine Frontier Myanmar, said after arriving in Doha that he was not starved or beaten while in captivity.

Fenster was sentenced to 11 years in prison on Friday for incitement and violations of laws on immigration and unlawful assembly, a ruling that drew international condemnation.

He flew out of Myanmar with Mr Richardson.

The Richardson Centre posted a picture on social media of the two of them together about to board the jet.

“We are so grateful that Danny will finally be able to reconnect with his loved ones, who have been advocating for him all this time, against immense odds,” Mr Richardson, who visited Myanmar earlier this month, said in a statement.

Fenster was among dozens of media workers detained in Myanmar since a February 1 coup that led to an outpouring of public anger over the military’s abrupt end to a decade of tentative steps towards democracy.

According to rights group Assistance Association for Political Prisoners, 10,143 people have been arrested since the coup and 1260 people killed in violence in the country, most of them in a crackdown by security forces on protests and dissent.

The military has accused many media outlets of incitement and spreading false information.

Late on Monday, Myanmar’s military-owned Myawaddy TV announced Fenster had been granted an amnesty after his conviction, saying it was due to requests from Mr Richardson and two Japanese representatives “to maintain the friendship between the countries and to emphasise humanitarian grounds”.

US Secretary of State Antony Blinken commended US officials, as well as Mr Richardson, for facilitating Fenster’s release.

“We are glad that Danny will soon be reunited with his family as we continue to call for the release of others who remain unjustly imprisoned,” he said in a statement.

It was not immediately clear whether there were conditions attached to the release of Fenster, who was arrested while trying to leave the country in May.

US journo freed after months in Myanmar jail