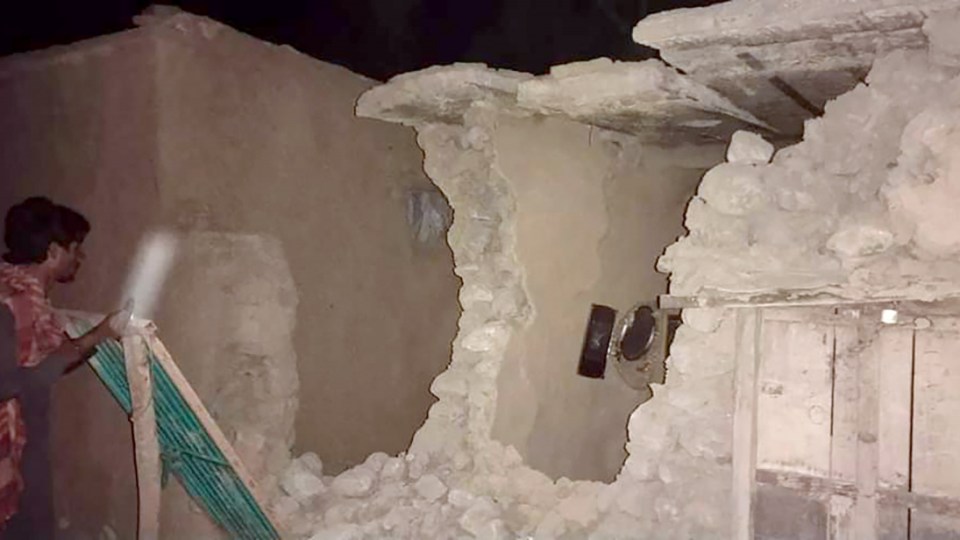 A local resident looks at his damaged house in Harnai, near Quetta, after Thursday's earthquake in Pakistan. Photo: AAP

The earthquake, with a magnitude of 5.7, struck near the city of Harnai in the early hours of Thursday while people were sleeping.

Rescue workers said the dead were mostly women and children.

The quake was relatively shallow at 20 kilometres, with an epicentre 102 kilometres east of the provincial capital of Quetta, said the US Geological Survey.

More than 100 mud houses collapsed and many more were damaged, including government buildings.

Social media showed houses shaking and light fittings swaying as the quake struck, and later stunned residents gathering in the street in the dark.

The injured were rushed to hospital, while some were treated on stretchers in the street under phone torch light.

A 7.7-magnitude earthquake hit Quetta in 1935, killing between 30,000 and 60,000 people, making it one of the deadliest quakes to hit South Asia in recorded history.

Earthquake kills at least 20 in Pakistan