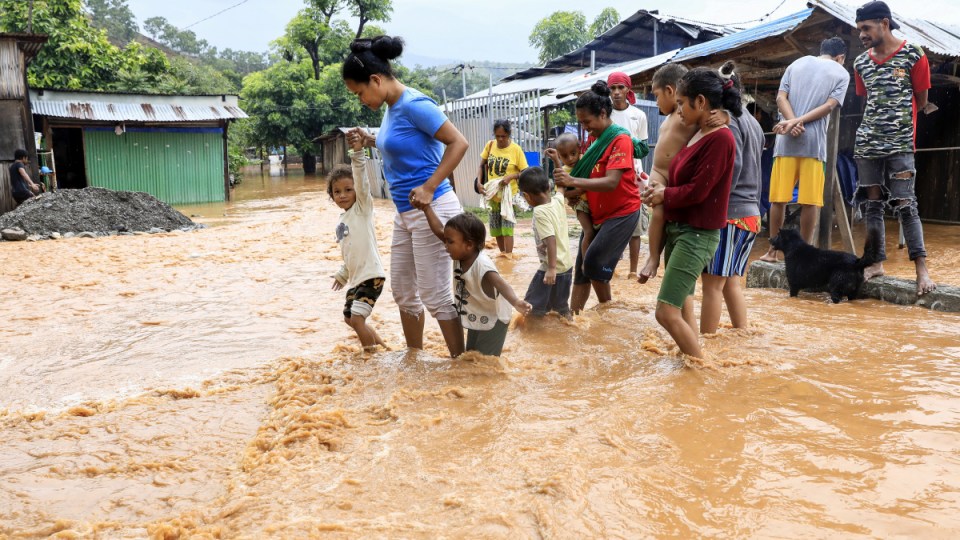 The death toll from floods and landslides that hit eastern Indonesia and East Timor is nearing 200.

There are 155 dead in Indonesia’s East Nusa Tenggara alone.

A further 72 people remain still missing after the disasters on Sunday that authorities attributed to tropical cyclone Seroja.

The death toll included 67 people who died in a rain-triggered avalanche of debris from the Lewatolo volcano on Lembata island on Sunday, he said.

Another 49 people were killed on nearby Adonara island and 12 had died on neighbouring Alor island, the disaster agency said.

Access to the island had been difficult because of high seas and storms.

Emergency teams are providing assistance to thousands affected, including about 8000 evacuees.

Cyclone Seroja was expected to move south-west away from Indonesia on Tuesday, the national weather agency said.

The Indonesian meteorological agency has warned of heavy rain for the next week in several areas of the archipelago.

Neighbouring East Timor has also been hit hard by the disastrous storms, with at least 27 dead in the impoverished nation.

Among the dead are 13 people from the capital Dili, some of them children.

Large areas of Dili remained under water on Tuesday, with floodwaters metres deep in places. Many residents have been forced out of their homes into crowded evacuation centres, sparking fears of a likely coronavirus outbreak in the impoverished nation.

“There are roads that have collapsed, trees have fallen, and made it difficult to access some areas,” he said.

The Catholic charity Australia’s Veterans Care Association has launched a go.fund.me appeal to raise money to get food, basic supplies and temporary shelter to those affected in East Timor.

“Emergency and medical resources are extremely limited and cut off everywhere.”

More than 70 of the cyclone deaths have been in Indonesia’s West and East Nusa Tenggara provinces, where at least 70 more people remain missing.

On Lembata island, authorities feared bodies had been washed away.

The floods have affected about 30,000 people across Indonesia, with some taking shelter in evacuation centres. Rescue operations have been hampered by bridge collapses and fallen trees blocking roads, BNPB spokesman Raditya Jati said.

A continuing storm had also halted evacuations in some places, local authorities said.

Hundreds of houses and other facilities such as a solar power plant were damaged, BNPB said. Ships and motor boats sank as the cyclone set off waves as high as six metres.

Powerful currents continued to flow through villages in the Malaka district on Timor island on Monday, even though the rain had stopped.

Some residents there hauled themselves to their roofs to escape flood water rising to 3-4 metres.

“We had to dismantle the zinc roof. We went out through the back door and pulled ourselves out with a rope,” Agustina Luruk, 36, said as she and her three daughters waited to be evacuated by the side of a muddy road.