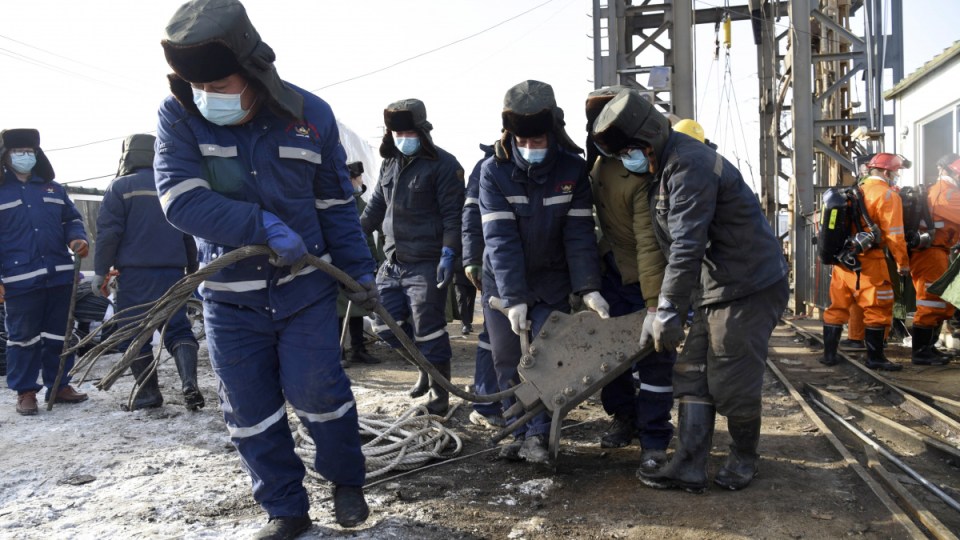 Rescuers work at the site of the gold mine explosion in Qixia in eastern China's Shandong Province. Photo: AAP

Chinese gold miners trapped underground for more than a week have sent up a note to rescuers, pleading for help – and urgently needed medicine.

More than 20 workers are thought to still be trapped underground after an explosion at a gold mine in eastern China a week ago.

At least 12 of them are still alive, the official Xinhua news agency reports.

After days of silence, rescuers finally heard knocking sounds on Sunday afternoon as they drilled through the mine’s shaft.

Then came the note from below, saying that at least a dozen of the miners were still alive, but that they urgently needed help as their health deteriorated. They said they were surrounded by water and many were injured.

“We are in urgent need of medicine, painkillers, medical tape, external anti-inflammatory drugs, and three people have high blood pressure,” the note read.

The condition of the other 10 workers is unknown.

“We wish the rescuers won’t stop so that we can still have hope. Thank you,” the note read.

The writer asked rescuers to send down medication from his car, and warned that there was a large amount of underground water where they were trapped.

The blast at the Hushan mine, in Shandong province, happened on January 10. But it wasn’t reported for at least 30 hours, leading to criticism of those responsible and the sacking of two senior local officials.

Xinhua reported earlier that when rescuers knocked on a drilling pipe, they heard knocking sounds in response.

The workers’ communication system was damaged in the blast, while debris blocking the mine shaft and the late reporting of the accident have also hampered the rescue effort.

Rescuers have reportedly since spoken to some of the trapped workers after lowering a phone line into the mine.

They did not give details of what was said.

Footage from state broadcaster CCTV showed rescue workers cheering as the knocking sound was detected and later hurrying to read the note.

The rescuers also sent food and drinks attached to a wire down a small opening to the miners.

The mine is owned by Shandong Wucailong Investment Co Ltd, which is described by China’s fourth-biggest gold miner, Zhaojin Mining Industry Co Ltd, as a “subsidiary of an associate”.

Zhaojin has not commented publicly on the accident.