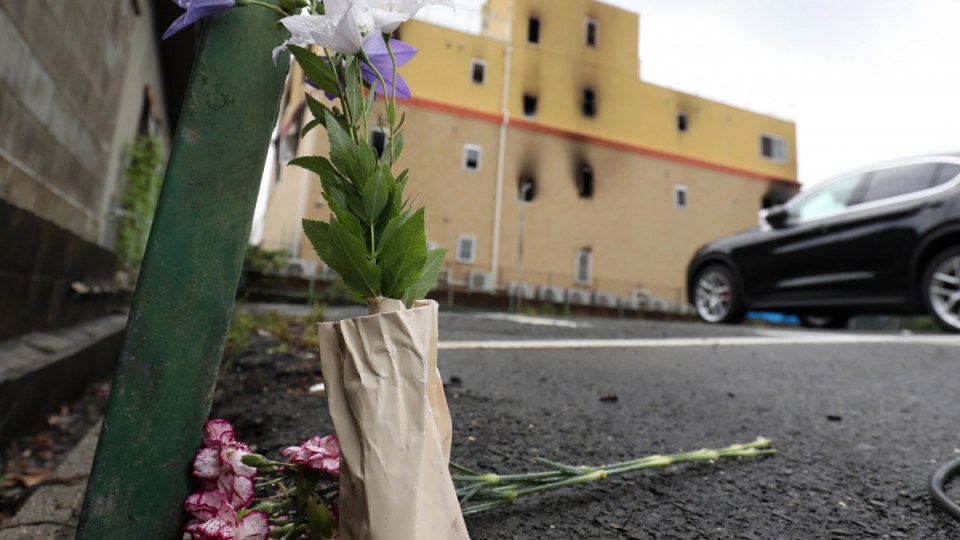 The 36 dead in the studio arson were mostly young women. Photo: AAP

The man suspected of the deadly arson attack on Kyoto Animation in Japan in July 2019 has been arrested after having sufficiently recovered from his burn injuries to face scrutiny.

The blaze at the animation production studio killed 36 people and injured another 33. It was Japan’s worst mass killing in two decades.

Shinji Aoba was found near the scene and apparently admitted to setting the fire.

“There is no mistake,” the police quoted him as saying.

Mr Aoba, 42, is said to have accused the studio of stealing his ideas. He was described at the time as a violent recluse who had terrified his neighbours.

Mr Aoba was in a life-threatening condition for months after the fire, and received multiple skin grafts at a hospital in Osaka. He was later sent to a hospital in nearby Kyoto in November for rehabilitation.

He has now been taken to a Kyoto police station for interrogation.

Police in Saitama, near Tokyo, uncovered DVDs from Kyoto Animation when they raided Mr Aoba’s home. They have also investigated Mr Aoba as the source of anonymous threatening messages made against the company in 2018. The sender reportedly used the Tor identity-disguising software.

Most of the victims of the fire were women in their 20s and 30s. Kyoto Animation, familiarly known as KyoAni, was famed as a female-friendly workplace in a mostly male-dominated industry.

A crowdfunding campaign was launched by US animation distributor Sentai Filmworks and quickly raised more than $US2 million ($A3 million) to help the survivors and the families of the victims.

Among the contributors was software giant Adobe, which anonymously donated $50,000. The company later confirmed the contribution and said: “Kyoto Animation is a centre of the creative community, not only in Japan, but worldwide.”