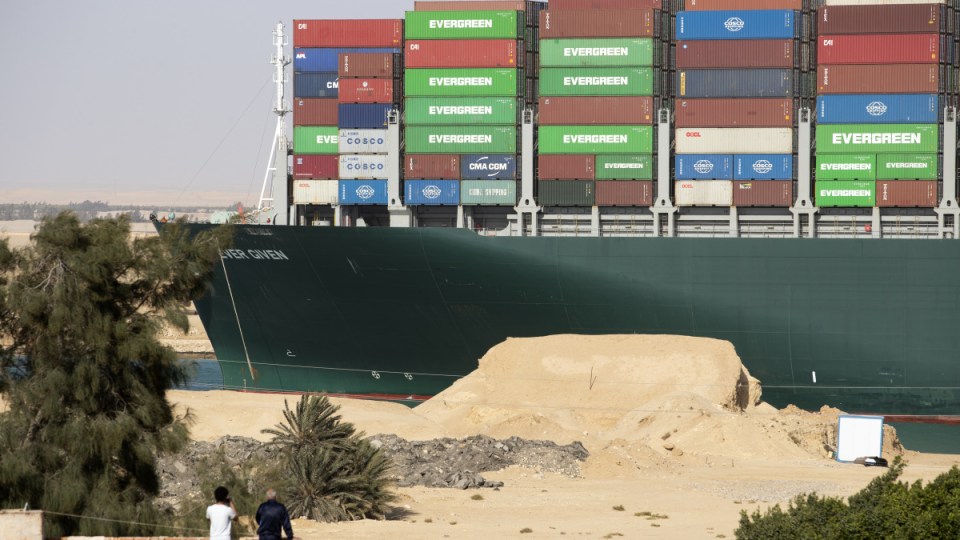 The Ever Given starts to move on March 29. Photo: Getty

Egyptian authorities have seized the massive cargo ship that caused a bottleneck of world shipping in the Suez Canal amid a financial dispute with its owner.

Canal boss Lieutenant General Osama Rabie said the hulking Ever Given would not be allowed to leave Egypt until an eye-watering compensation bill is settled by the vessel’s Japanese owner, Shoei Kisen Kaisha Ltd.

“The vessel is now officially impounded,” he told Egypt’s state-run television. “They do not want to pay anything.”

There was no immediate comment from the vessel’s owner.

General Rabei did not say how much money the canal authority was seeking. However, a judicial official has said it is at least $1.2 billion. The state-run Ahram daily newspaper also reported that figure.

The amount takes into account the enormous salvage operation to get the ship moving again after a week wedged against the canal bank, the costs of hundreds of stalled ships and lost transit fees.

According to The Associated Press, the order to impound the vessel was issued on Monday by a court in the Suez Canal city of Ismailia.

The official said prosecutors had also opened a separate investigation into why the Ever Given ran aground on March 23. The official spoke on condition of anonymity because he was not authorised to brief media.

General Rabie said negotiations were still ongoing to reach a settlement on compensation.

The 400-metre Ever Given is owned by a Japanese company, operated by a Taiwanese shipper, and flagged in Panama.

It has been sitting in Egypt’s Great Bitter Lake, just north of where it previously blocked the canal, since it was freed on March 29.