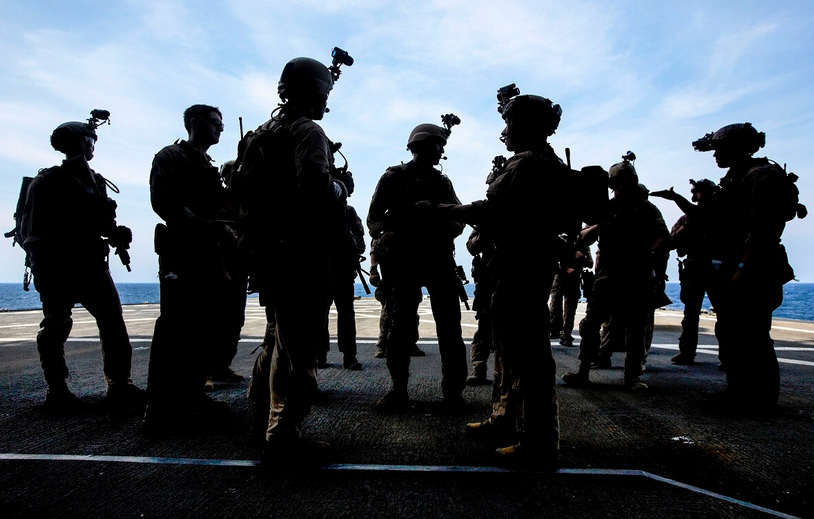 SEAL Team 6, the elite of the elite, swooped on the kidnappers' hideout. Photo: US Defence Dept.

US forces have pulled off a rescue operation to recover an American citizen kidnapped and being held by insurgents in northern Nigeria.

“This American citizen is safe and is now in the care of the U.S. Department of State,” the Pentagon said in a statement, adding that no military personnel were injured in the operation.

While the Pentagon did not provide the American citizen’s identity, a U.S. official told Reuters it was 27-year-old Philip Walton, who was kidnapped earlier in the week, and the raid included Navy SEALs.

Six gunmen riding motorcycles and armed with AK-47 assault rifles kidnapped Walton from his home on the edge of a rural village in neighbouring southern Niger early on Tuesday.

Nigeria, like much of West Africa’s Sahel region, faces a deepening security crisis as groups with links to al Qaeda and Islamic State carry out attacks on the army and civilians, despite help from French and U.S. forces.

Full details of the raid and its execution have not yet been released, but Pentagon officials have promised a full account when the rescuers have been debriefed.

Lagging in the polls, President Donald Trump was quick to cash in on the operation’s success just days before Americans cast their votes.

“Last night, at my direction, the United States military conducted a successful operation to rescue an American hostage in Nigeria kidnapped just 96 hours earlier.” the White House said in a statement.

“No United States Service Members were harmed. The former hostage is currently in good health and has been reunited with his family.

“Today’s operation should serve as a stark warning to terrorists and criminal thugs who mistakenly believe they can kidnap Americans with impunity,” the White House said in a prepared statement.