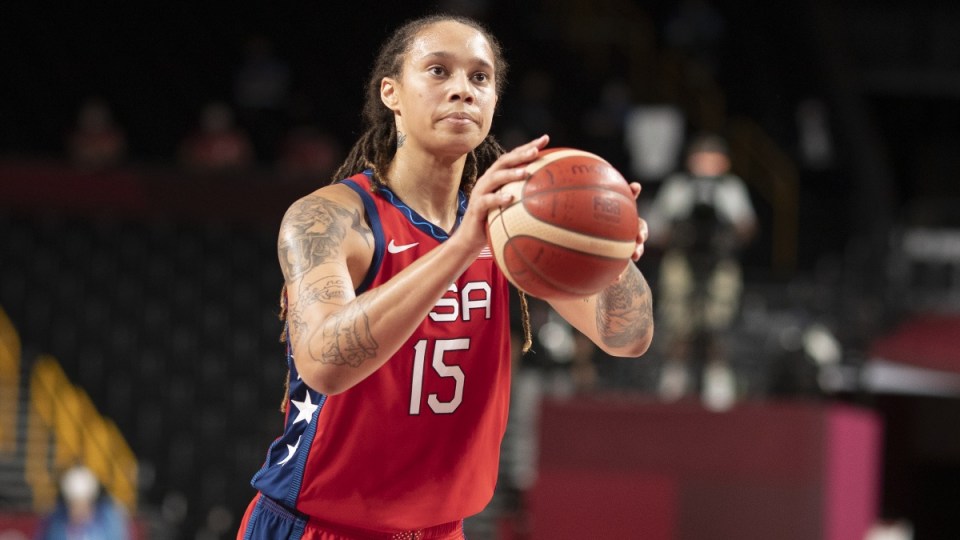 Basketballer Britney Griner has been held in Russia for months. Photo: Getty

US Secretary of State Antony Blinken says he plans to soon speak to his Russian counterpart Sergei Lavrov for the first time since the war in Ukraine began, to discuss the release of detained US citizens.

“I plan to raise an issue that’s a top priority for us: the release of Americans Paul Whelan and Brittney Griner who’ve been wrongfully detained and must be allowed to come home,” Mr Blinken told reporters at the State Department on Thursday morning.

In order to facilitate their release, Mr Blinken revealed that the US had put forward a “substantial proposal” to Russia several weeks ago, and that the two sides have been discussing it since.

“I’ll use the conversation to follow up personally and, I hope, move us toward a resolution.”

US professional basketball player Griner is being held on a drug offence after being detained in February at a Moscow airport.

Her trial is currently underway.

Whelan has been imprisoned for alleged espionage since his arrest in 2018.

Russia has for years expressed interest in the release of Viktor Bout, a Russian arms dealer once labelled the “Merchant of Death” who was sentenced to 25 years in prison in 2012 on US charges that he schemed to illegally sell millions of dollars in weapons.

US to suggest ‘substantial’ deal to get Brittney Griner home