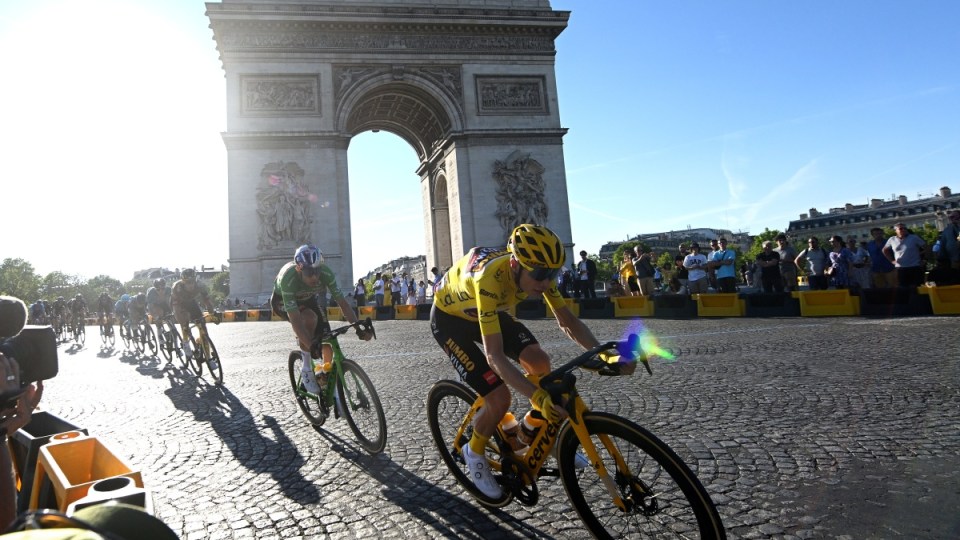 Jonas Vingegaard has come home safely to win the Tour de France in Paris while Jasper Philipsen powered to victory on the final stage on the Champs-Elysees.

The Lotto-Soudal rider later blasted rival Alexander Kristoff, accusing the Norwegian of boxing him in at the finish to the 21st stage.

Denmark’s Vingegaard, the leader of the all-conquering Jumbo-Visma team, had effectively sealed his triumph in Saturday’s time trial and was shepherded home in 77th place on the largely ceremonial final stage.

“It’s just incredible – I finally won the Tour. Nothing can go wrong any more. It’s the biggest cycling race you can win and now I’ve done it and no-one can take it away from me,” said the 25-year-old, holding his young daughter.

“I’m super happy about my victory. I want to relax, celebrate – but I also want more.”

The irrepressible Pogacar may have been dethroned but he still had the cheek to launch his own attack amid the denouement in Paris, before it was quickly pulled back.

Belgian Philipsen (Alpecin-Deceuninck) proved a dominant winner in the sprint finale to the 115.6 kilometre stage, racing away from runner-up Dylan Groenewegen, the star sprinter of the Australian outfit Team BikeExchange-Jayco, and Kristoff.

Ewan finished winless in this Tour and also had the dubious honour of claiming the ‘Lanterne Rouge’ as the last-placed rider on general classification.

Overhead footage of the finish showed Ewan and Kristoff tangling in the final sprint, and the Australian fumed at the incident.

“He just came up next to me and started closing me into the barriers,” Ewan said.

“It’s annoying when a slow sprinter comes and gets in your way, because he knows he can’t come around those guys, so he knows he’s just messing up my sprint – it’s a bit frustrating.”

Ewan is only the second Australian to win the Tour’s Lanterne Rouge.

Finishing last of the 135 riders who made it to Paris, the Sydneysider battled through two crashes in the Tour and clocked an overall time of 85 hours, 14 minutes, 2 seconds.

He is the first Dane to win cycling’s biggest race since Bjarne Riis’ largely discredited triumph in 1996. Riis later admitted to doping,

The top Australian finisher on the Tour was BikeExchange-Jayco’s Nick Schultz, who ended up 23rd, 1:39:41 down on Vingegaard.