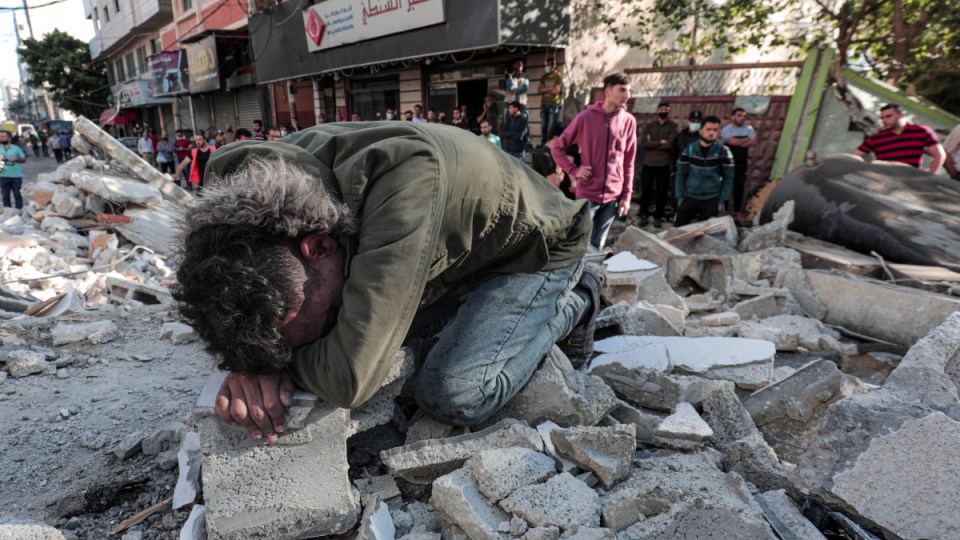 Death, destruction and tears in the rubble are business as usual on the West Bank. Photo: Getty Photo: Getty

Israel is bracing for protests and payback violence after its raiders killed two Palestinian militants in a pre-dawn gun battle in the occupied West Bank.

The Palestinian Health Ministry confirmed the death of two men and said six more were wounded in Sunday’s clash at a house in the Palestinian city of Nablus.

Israel security forces on an apparent arrest raid outside the house of a wanted suspect came under fire and “responded with live fire and other means until neutralising the terrorists inside the house and on its roof”, police said.

A neighbour, Naser Estitya, 60, said he heard gunshots from inside the house before the Israeli forces fired heavily at the house.

“They were calling the name of one person, asking him to surrender,” he said.

Photos from the scene showed part of the wall at the top floor had been destroyed.

“Another crime committed by the occupation forces in the old city of Nablus, where martyrs have fallen and many wounded,” he said on Twitter.

“We strongly condemn this crime, and we hold the occupation responsibility for its repercussions.”

US-brokered peace talks aimed at establishing a Palestinian state in East Jerusalem, the West Bank and Gaza collapsed in 2014 and have shown no sign of revival.

Israeli forces have stepped up raids in recent months in the West Bank after men from the area carried out deadly street attacks in Israel.