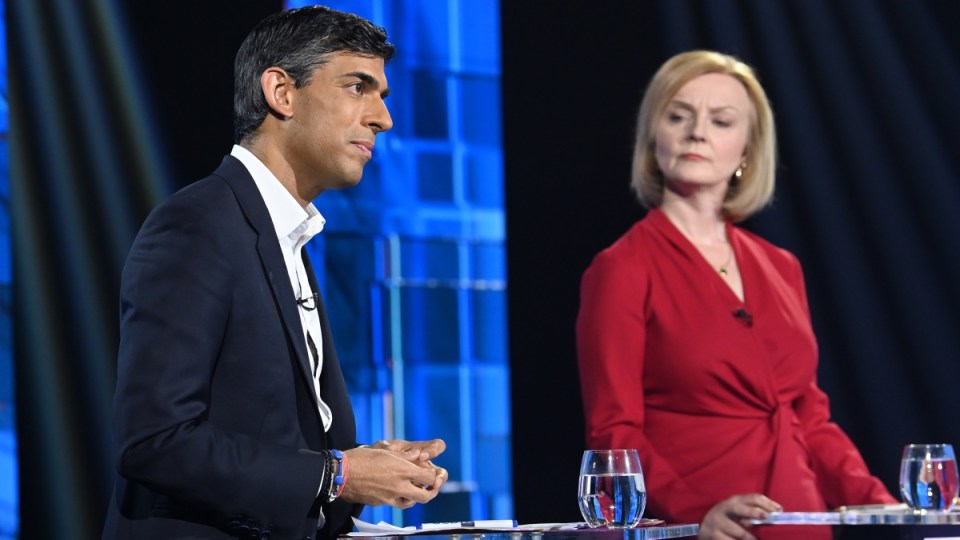 Rishi Sunak and Liz Truss are the last two standing in the race to replace Boris Johnson. Photo: Getty

Liz Truss, the woman who hopes to become Britain’s third female prime minister, has promised to scrap all remaining European Union laws that still apply in Britain by 2023 if she wins the Conservative Party leadership contest.

The foreign secretary is up against former finance minister Rishi Sunak in a race to court the 200,000 members of the Tories, who will vote in coming months to choose the country’s new prime minister.

Britain’s relationship with Europe remains of great concern to the Conservative Party membership, generally characterised as more eurosceptic than the wider population.

Hoping to tap into that, Truss, who campaigned for remain in the 2016 referendum but is now seen as the heir to Johnson’s pro-Brexit position, promised to purge all remaining EU laws from the statute books.

To avoid uncertainty and confusion as Britain untangled itself from the EU after 40 years of membership, the government automatically carried over thousands of EU laws and regulations into British law so that they would still apply after Brexit.

“EU regulations hinder our businesses and this has to change,” Truss said in a statement.

The statement said she was setting out her credentials as the “Brexit delivery” prime minister.

“In Downing Street, I will seize the chance to diverge from outdated EU law and frameworks and capitalise on the opportunities we have ahead of us.”

The government has already set out its intention to replace or repeal existing EU laws but had not set a time frame.

Truss’s deadline of 2023 is earlier than a similar pledge made by Sunak, who campaigned for Brexit in 2016 but has been vilified by some Tories for raising taxes to their highest level in decades.

Sunak said EU law would be scrapped or reformed by the next election, which is expected in 2024.

Truss leads Sunak by 62 per cent to 38 per cent among Conservative Party members, according to a YouGov poll on Thursday.

After Boris: Liz Truss vows to scrap last EU laws if she wins race to be Britain’s next PM