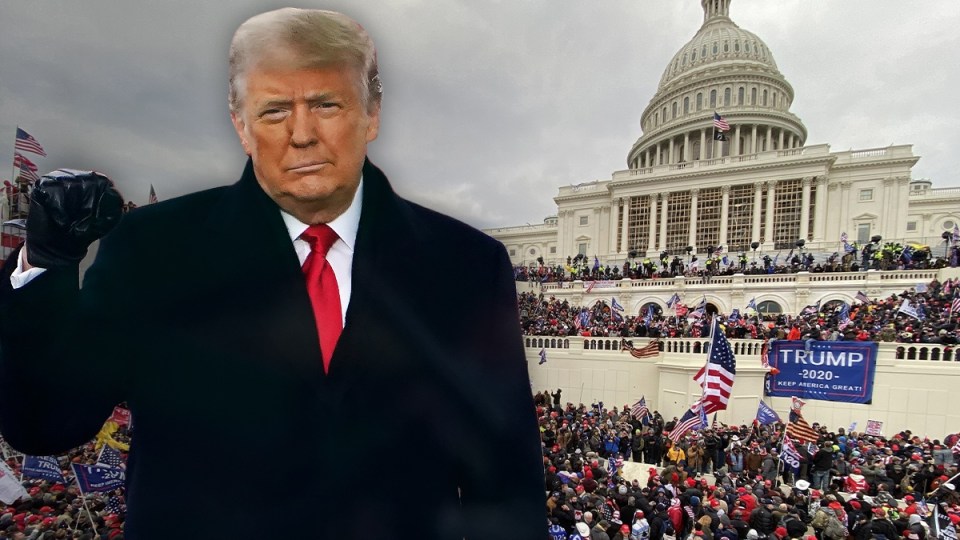 The January 6 hearings have increased the possibility of criminal charges against the former president.
opinion

Is the writing on the wall when it comes to Donald Trump’s 2024 presidential bid?

No, but that ketchup stain he left on one in a White House dining room may prove prophetic.

Those who try to divine the whims of the former president now say he is planning to announce his candidacy as soon as this US summer.

The idea is to distract Americans from details emerging from the congressional hearings on the January 6 Capitol uprising now taking place in Washington.

Instead of serving as a predictable echo chamber for his Democratic Party enemies, the hearings have shaken ‘Trumpworld’, increased the possibility of criminal charges against the former president for his actions on that day, and emboldened his potential Republican rivals in the upcoming presidential race.

The most damning testimony so far comes from Cassidy Hutchinson, 26, a former assistant to Trump’s last chief of staff, Mark Meadows.

Hutchinson’s account of Trump’s tantrums – throwing his lunch at the wall, lunging at a Secret Service agent, and in particular his awareness of the potential for violence among his supporters in Washington that day – was so vivid and explicit that even former Trump toadies like Meadows’ predecessor, Mick Mulvaney, have turned on the former president.

These hearings have become essential summer TV in the US, rivalling the new season of Netflix’s Stranger Things as the best thing on the box.

Most sessions have run in prime time, with slick video presentations and limited windbaggery from committee members.

As many as 20 million people tuned in on a given night.

And, like Stranger Things, they’ve triggered a spasm of nostalgia.

During another hot summer in 1973, the nation was held rapt by the Senate hearings into Richard Nixon’s re-election campaign the year before.

People like former White House Counsel John Dean became household names. Back then, those hearings were a field test of the Constitution’s machinery – an equal branch of government exercising the “checks and balances” that kept US democracy in eternal equipoise.

That balance is in serious trouble (see Court, US Supreme). Unlike the fully bipartisan hearings back in the 1970s, the current panel includes only renegade Republicans like Congresswoman Liz Cheney, the daughter of the former vice president Dick Cheney.

As the summer of ‘73 wore on, Republicans slowly began to turn on Nixon, sealing his fate and reaffirming Congress’s role in the government power sharing. That would never happen now, with or without Trump in office.

Instead, the partisan divide will only grow should the Justice Department choose to pursue criminal charges against Trump.

Although appointed by the President, US attorneys general (the head of the Justice Department) have long kept a distance from the White House for fear their prosecutions would look political.

That changed, of course, under Trump, and the quaint notion that Biden’s AG Merrick Garland would charge Trump solely in pursuit of justice would be hard to square with most Republicans.

Trump has a plan

It’s precisely that scepticism that Trump would be trying to exploit with a pre-emptive campaign announcement.

Charging a presidential candidate with a crime, this logic goes, would be inescapably partisan and fundamentally suspect – even if there’s growing evidence that candidate was trying to foment a violent coup.

Trump’s other reason for announcing would be to smother potential Republican challengers in their respective cribs, gobble up fundraising dollars and force party leaders to pledge allegiance early.

It’s a nightmare for many Republicans, who were hoping to minimise Trump as they head into what should be a very successful Congressional mid-term election in November.

Having him declare now will only motivate Democrats, who could use a great deal of motivation thanks to the sorry state of the Biden presidency.

Predicting Trump’s moves can be a fool’s errand (trust me, I know).

If distraction is his aim, he’s already succeeded to some degree. By running for president he risks losing (again), but just playing kingmaker may not give him the buzz he’s looking for.

Which brings us back to the ketchup on the wall. Whatever his lingering appeal, Trump’s fundamental instability is now indisputable.

Nothing that’s happening in the January 6 hearings is making his odds of winning in 2024 any better.

Biden may be in deep trouble, but Trump may be the only guy who could lose to him. Which might leave Democrats secretly hoping Trump jumps in, so as to give their man a fighting chance.

The Devil you know, after all.

Larry Hackett is the former editor in chief of People magazine, and a contributor to the US morning television news program Good Morning America

Donald Trump Joe Biden US Capitol US Election
Follow Us