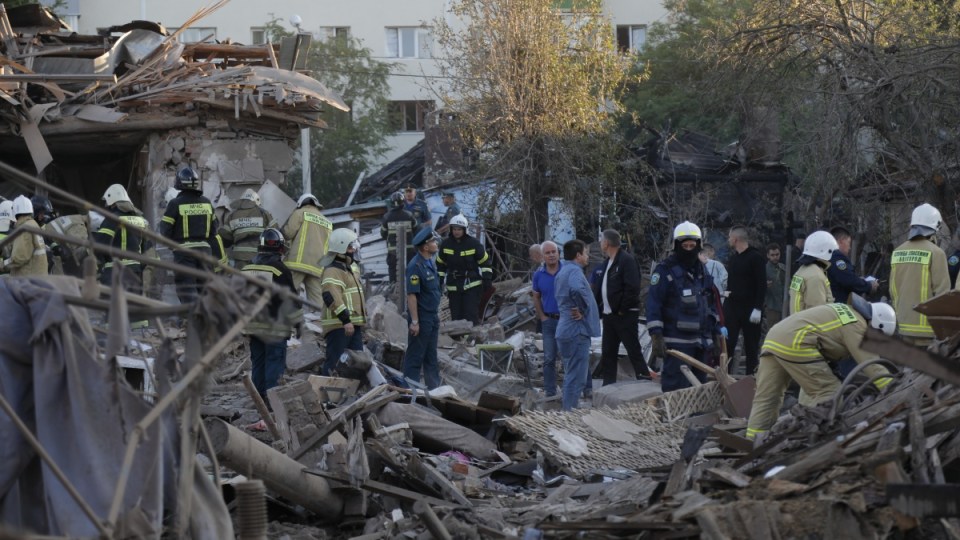 Damage in the Russian city of Belgorod after shelling at the weekend. Photo: Getty

Ukraine is refusing to admit any connection with blasts that smashed apartment buildings and left at least three people dead in the Russian city of Belgorod near the Ukraine border.

At least 11 apartment buildings and 39 private houses were damaged, including five that were destroyed, Governor Vyacheslav Gladkov posted on the Telegram messaging app.

At least four people were injured and two hospitalised, including a 10-year-old boy, Mr Gladkov said.

Reuters could not independently verify the reports. There was no immediate reaction from Ukraine to the reports.

Belgorod, a city of nearly 400,000 some 40 kilometres north of the border with Ukraine, is the administrative centre of the Belgorod region.

Since Russia launched it invasion of its neighbour on February 24, there have been numerous reports of attacks on Belgorod and other regions bordering Ukraine. Moscow accuses Kyiv of carrying out the strikes.

Ukraine has not claimed responsibility for previous attacks but has described the incidents as payback and “karma” for Russia’s invasion.

Moscow calls its actions in Ukraine a “special military operation” to disarm the country and protect it from fascists. Ukraine and its allies in the West say the fascist allegation is baseless and the war is an unprovoked act of aggression.