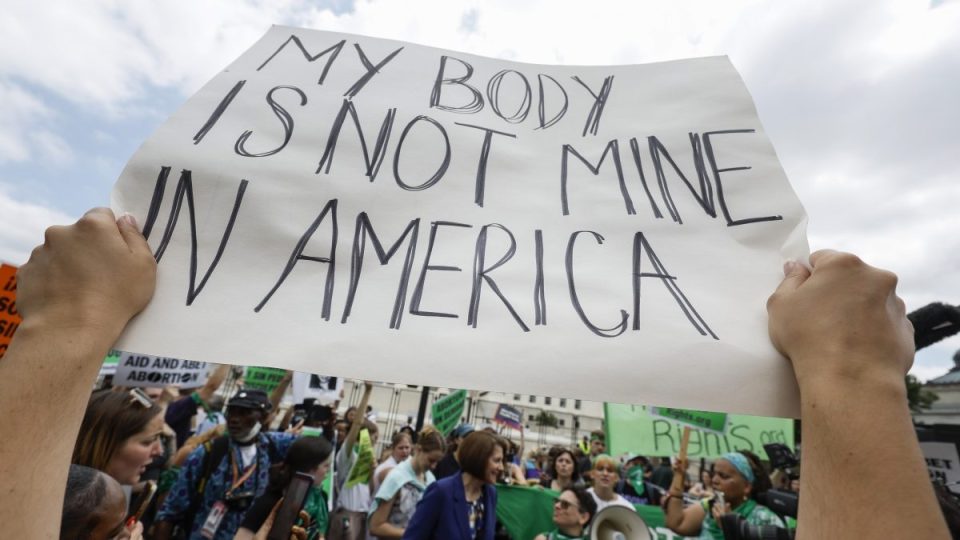 Millions of women will be cut off from accessing safe abortion after an American court overturned the historic Roe vs Wade verdict.

Individual states now have the power to ban procedures for pregnancy termination – and about half of them are expected to do so, with 13 previously passing laws designed to come into effect immediately after the Supreme Court ruling.

The decision means the US joins the likes of Russia and Poland in winding back freedoms to choose whether to proceed with a pregnancy.

Already, women have been turned away from clinics. In Texas, patients who had abortion appointments were sent home on Friday.

“We must pause abortion services at our separate organisations while our legal teams continue to review today’s devastating ruling and how it impacts and triggers existing Texas laws,” Planned Parenthood South Texas chief Jeffrey Hons told The Texas Tribune.

US President Joe Biden said it was a “solemn moment” for Americans, and Attorney General Merrick Garland said the court had dealt a “devastating blow to reproductive freedom”.

“The Supreme Court expressly took away a Constitutional right from the American people that it had already recognised,” Mr Biden said in a statement posted to Twitter.

“That’s never been done to a right that is so important to so many Americans.”

He said voters “must” elect leaders who will “codify woman’s right to choose into federal law”.

Protests erupted outside the court building following the decision. There were also public celebrations – and praise by ultra-conservative Americans.

Former Vice President Mike Pence congratulated judges for having the “courage of their convictions”, adding that “today, life won”.

Meanwhile, the move has attracted criticism from around the world and from leaders in more moderate states where reproductive-rights organisations have also vowed to expand healthcare to cater for the influx of interstate patients.

“Watching the removal of a woman’s fundamental right to make decisions over their own body is incredibly upsetting,” she said in a statement on Saturday.

“Here in New Zealand we recently legislated to decriminalise abortion and treat it as a health rather than criminal issue. That change was grounded in the fundamental belief that it’s a woman’s right to choose.”

British Prime Minister Boris Johnson labelled the ruling a “big step backward” and French President Emmanuel Macron said abortion was a “fundamental right for all women” and “must be protected”.

“I wish to express my solidarity with the women whose liberties are being undermined by the Supreme Court of the United States,” Mr Macron tweeted.

Danish Prime Minister Mette Frederiksen said her “heart weeps for the girls and women of the USA”.

“We must never compromise the unrestricted right of women to decide over their own bodies and future,” Ms Frederiksen wrote on her Facebook page.

Abortion is one of the most divisive issues in US politics and has been for nearly a half century.

A 2021 Pew Research Center indicated that 59 per cent of American adults believed it should be legal in all or most cases while 39 per cent thought it should be illegal in most or all cases.