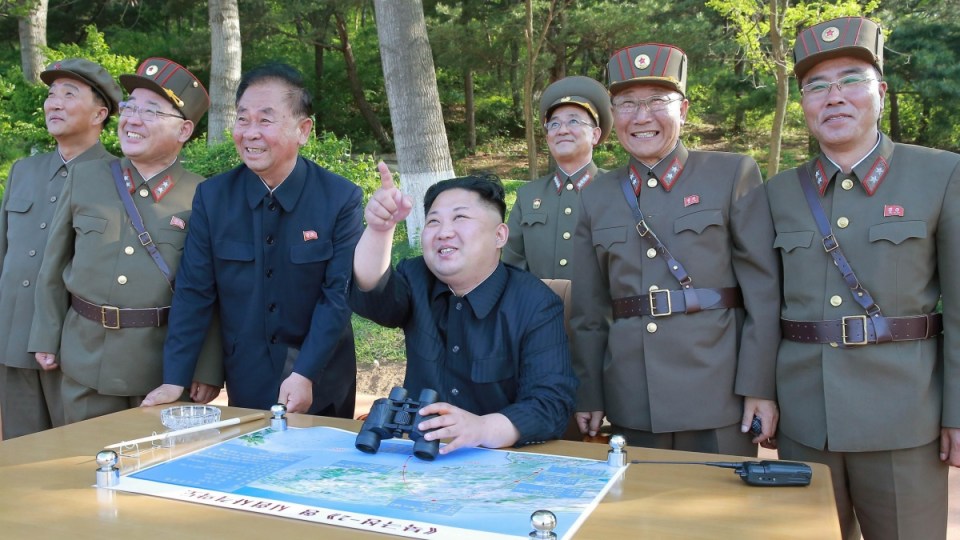 Kim Jong-Un, shown here celebrating an earlier missile test, has responded to US military exercises with another launch. Photo: EPA

North Korea fired at least one ballistic missile towards the sea off its east coast on Sunday, a day after South Korea and the US wrapped up their first combined military exercises involving an American aircraft carrier in more than four years.

The launch also followed a visit to Seoul by the US point man on North Korean affairs, US Special Representative Sung Kim, who departed on Saturday.

He met his South Korean and Japanese counterparts, Kim Gunn and Takehiro Funakoshi, on Friday to prepare for “all contingencies” amid signs North Korea was preparing to conduct a nuclear test for the first time since 2017.

Washington has made very clear directly to Pyongyang that it is open to diplomacy, Mr Kim said during the visit, which wrapped up on Sunday, noting he was willing to discuss items of interest to North Korea, such as sanctions relief.

Last week, the US called for more UN sanctions on North Korea over its ballistic missile launches, but China and Russia vetoed the suggestion, publicly splitting the UN Security Council on North Korea for the first time since it started punishing it in 2006, when North Korea conducted its first nuclear test.

In recent weeks, North Korea has test-fired a range of missiles, including its largest intercontinental ballistic missile (ICBM).

North Korea’s last tests were on May 25, when it launched three missiles after US president Joe Biden ended an Asia trip where he agreed to new measures to deter the nuclear-armed state.

The exercises included the USS Ronald Reagan, a 100,000-ton nuclear-powered aircraft carrier, among other major warships.

North Korea has criticised previous joint drills as an example of Washington’s continued “hostile policies” toward Pyongyang, despite its talk of diplomacy.