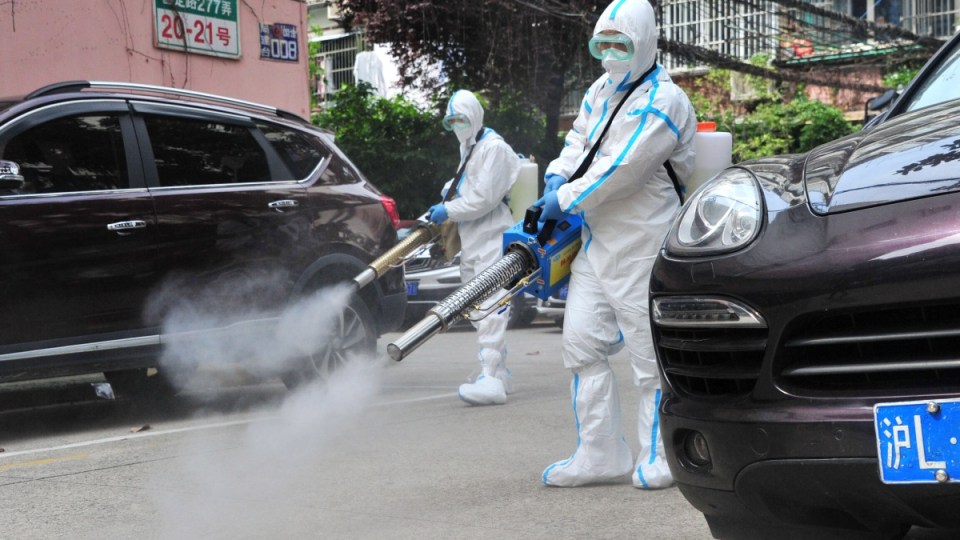 Six days ago, Shanghai residents in an upper-income apartment complex did what was until recently unthinkable by leaving their homes against orders and demanding an immediate end to a seven-week lockdown ordeal.

What happened next was also unthinkable: they were set free.

The story of a small triumph quickly spread on chat groups across the Chinese city this week, sparking one question in the minds of those who remain confined to their homes: Should we do the same?

By the end of the week, more residents had confronted management in their complexes, and some had won at least partial freedom from the consequences of Beijing’s aim to totally eliminate the coronavirus.

Other groups have not been so restrained, with Time magazine reporting workers at Apple’s Shanghai fabrication plant this week battled guards amid demands their seven-week ordeal locked inside the factory immediately end.

Reports of increasing unrest have also emerged involving Beijing students and in other cities.

While it is unclear how widespread they are, the incidents reflect the frustration that has built up after more than seven weeks of lockdown, even as the number of new daily cases has fallen to a few hundred in a city of 25 million people.

They are also a reminder of the power of China’s neighbourhood committees that the ruling Communist Party relies on to spread propaganda messages, enforce its decisions and even settle personal disputes.

Such committees and the residential organisations under them have become the target of complaints, especially after some in Shanghai and other cities refused to allow residents out even after official restrictions were relaxed.

More than 21 million people in Shanghai are now in ‘precaution zones’, the least restrictive category.

In theory, they are free to go out. In practice, the decision is up to their residential committee, resulting in a kaleidoscope of arbitrary rules.

Some are allowed out, but only for a few hours with a specially issued pass for one day or certain days of the week. Some places permit only one person per household to leave. Others forbid people to leave at all.

“We have already been given at least three different dates when we are going to reopen, and none of them were real,” Weronika Truszczynska, a graduate student from Poland who posted vlogs about her experience, said.

‘No one believed it’

“The residential committee told us, ‘You can wait a week, we are going to reopen probably on June 1’,” she said. “No one believed it.”

More than a dozen residents of her complex, many under umbrellas on a rainy day, confronted their managers on Tuesday, two days after the Sunday night breakout at the upscale Huixianju compound.

The residents, who were mostly Chinese, demanded to be allowed to leave without time limits or restrictions. After the demands were not met, some returned to protest a second day. This time, four police officers stood watch.

On Thursday afternoon, community representatives knocked on the doors of each resident with a new policy: Write their name and apartment number on a list, take a temperature check, scan a barcode – and they were free to leave.

“We got the possibility of going out just because we were brave enough to protest,” Truszczynska said.

The party’s strict anti-virus campaign has been aided by an urban environment in which hundreds of millions of people in China live in gated apartment compounds or walled neighbourhoods that can be easily blocked off.

The front line for enforcement are the neighbourhood committees, responsible for keeping track of every resident in every urban household nationwide and enforcing public health and sanitation rules.

Many tend to err on the side of over-enforcement, aware of the example made of public officials who are fired or criticised for failing in their pandemic prevention duties.

The importance of the committees dwindled in the 1990s as the Communist Party relaxed restrictions on the movement of citizens, but they have been undergoing a resurgence in an ongoing tightening of societal controls under President Xi Jinping.

The incident at Huixianju prompted others to speak out. In a series of videos that circulated this week, about two dozen people march toward the Western Nanjing Road Police Station, chanting “Respect the law, give me back my life”.

Residents of a compound in Jing’an district saw the gates of neighbouring compounds open over the past month – yet theirs remained locked.

On Wednesday, about two dozen gathered at the gate, calling out to speak with a representative.

“I want to understand what are the neighbourhood leaders planning?” one woman asks in a video of the incident.

Another resident points out they should be free by now, since the compound has been case-free for a while.

The next day, the community issued one-day passes – residents were allowed out for two hours on Friday, with no word on what would happen after that.

Shanghai authorities have declared a June target for life to return to normal.