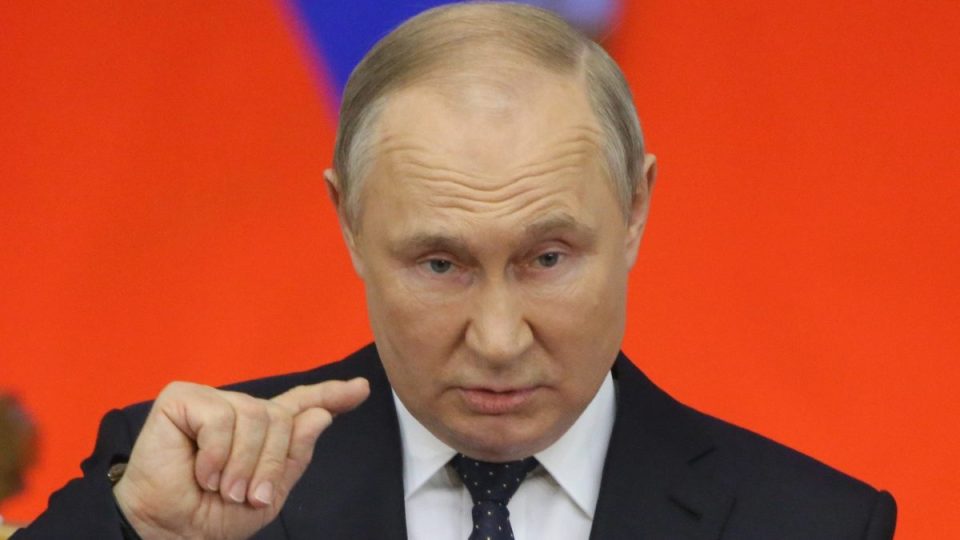 Russian President Vladimir Putin has warned off other countries from the Ukraine war. Photo: Getty

President Vladimir Putin has issued an order to fast track Russian citizenship for residents in parts of southern Ukraine largely held by his forces, while lawmakers in Moscow have passed a bill to strengthen the stretched Russian army.

Putin’s decree applying to the Kherson and Zaporizhzhia regions could allow Russia to strengthen its hold on territory that lies between eastern Ukraine, where Moscow-backed separatists occupy some areas, and the Crimean Peninsula, which Russia seized in 2014.

The Russian army is engaged in an intense battle for Ukraine’s eastern industrial heartland, known as the Donbas. In a sign that the Kremlin is trying to bolster its stretched military machine, Russian lawmakers agreed to scrap the age limit of 40 for individuals signing their first voluntary military contracts.

A description of the bill on the parliament website indicated older recruits would be allowed to operate precision weapons or serve in engineering or medical roles. The chair of the Russian parliament’s defence committee, Andrei Kartapolov, said the measure would make it easier to hire people with “in-demand” skills.

Russian authorities have said that only volunteer contract soldiers are sent to fight in Ukraine, although they have acknowledged that some conscripts were drawn into the fighting by mistake in the early stages of the war.

Three months into Russia’s invasion of the neighbouring country, Putin visited a military hospital in Moscow on Wednesday and met with some soldiers wounded in Ukraine, the Kremlin said in a statement on its website.

The event was the Russian leader’s first publicly known visit with soldiers fighting in Ukraine since he launched the war on February 24.

Ukrainian President Volodymyr Zelenskiy has visited wounded soldiers, civilians and children – including at times when Russian troops were fighting on the outskirts of Kyiv.

Mr Zelenskiy reiterated on Wednesday that he would be willing to negotiate with Putin directly but said Moscow needs to retreat to the positions it held before the invasion and must show it’s ready to “shift from the bloody war to diplomacy.”

“I believe it would be a correct step for Russia to make,” he told leaders at the World Economic Forum in Davos, Switzerland, by video link.

He also said that Ukraine wants to drive Russian troops out of all captured areas. “Ukraine will fight until it reclaims all its territories,” Zelenskiy said. “It’s about our independence and our sovereignty.”

Russia already had a program to expedite the naturalisation of people living in Luhansk and Donetsk, the two eastern Ukraine provinces that make up the Donbas and where the Moscow-backed separatists hold large areas as self-declared independent republics.

But Ukraine says it is not ready to cede control of areas occupied by Russian forces for the sake of reaching a peace agreement, saying some Western lobbyists are pushing Kyiv to so.

After more than a decade as Thor, Hemsworth still embracing his hammer and humour
Texas school shooter posted on Facebook before barricading classroom
Today's Stories