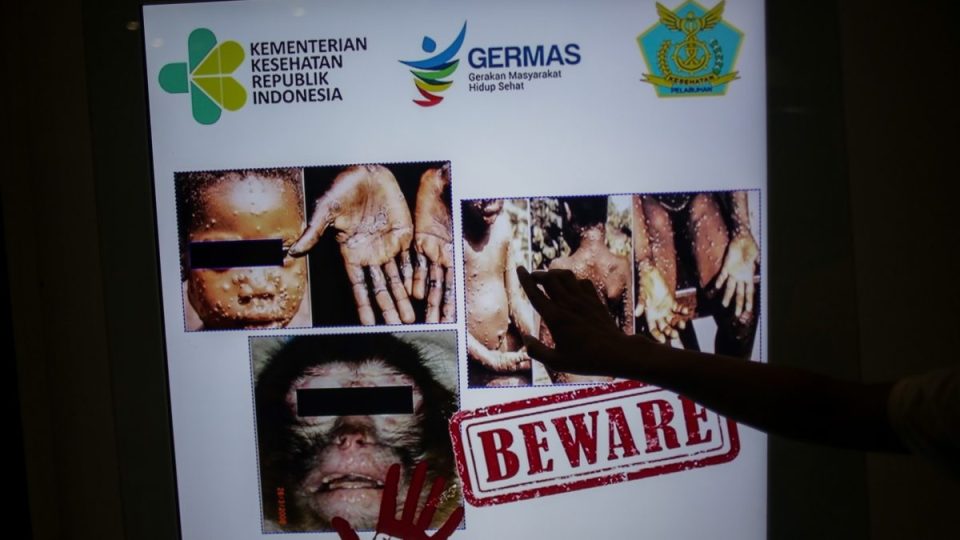 The World Health Organisation has no evidence that the monkeypox virus has mutated, a senior executive at the United Nations agency says, noting the infectious disease that has been endemic in west and central Africa has tended not to change.

Rosamund Lewis, head of the smallpox secretariat that is part of the WHO emergencies program, told a briefing that mutations tended to be typically lower with this virus, although genome sequencing of cases will help inform understanding of the current outbreak.

More than 100 suspected and confirmed cases in a recent outbreak in Europe, North America and Australia have not been severe, according to Maria van Kerkhove, the WHO’s emerging diseases and zoonoses lead and technical lead on COVID-19.

“This is a containable situation,” particularly in Europe, she said.

“But we can’t take our eye off the ball with what’s happening in Africa, in countries where it’s endemic.”

The outbreaks are atypical, according to the WHO, occurring in countries where the virus does not regularly circulate.

Scientists are seeking to understand the origin of the cases and whether anything about the virus has changed.

The WHO is asking dermatology and primary healthcare clinics, as well as sexual health clinics, to be alert to potential cases.

Many – but not all – of the people diagnosed in the monkeypox outbreak have been gay and bisexual men.

The officials said it was too early to say why but this demographic may be likely to seek medical advice or have access to sexual health screening.

The virus does not usually spread easily between people. But it can be passed through close person-to-person contact or contact with items used by a person who has monkeypox, such as clothes, bedding or utensils.

“We know that MSM (men who have sex with men), if they do spot an unusual rash, they’re likely to want to get it sorted out quite quickly,” said Andy Seale, strategies adviser at the WHO’s department of global HIV, hepatitis and STI programs.

“The fact they’ve been proactive in responding to unusual symptoms might be part of the story. This will become clearer in the weeks and days to come.”

David Heymann, who formerly headed WHO’s emergencies department, told the Associated Press that the leading theory to explain the spread of the disease was sexual transmission at raves in Spain and Belgium.

Madrid’s senior health official Enrique Ruiz Escudero said on Monday that authorities were investigating possible links between a recent gay pride event in the Canary Islands, which drew 80,000 people, and cases at a Madrid sauna.

Professor Heymann, who is also a professor of infectious diseases at the London School of Hygiene and Tropical Medicine, said the monkeypox outbreak was likely a random event that might be traceable to a single infection.

“It’s very possible there was somebody who got infected, developed lesions on the genitals, hands or somewhere else, and then spread it to others when there was sexual or close, physical contact,” Professor Heymann said.

“Then there were these international events that seeded the outbreak around the world, into the US and other European countries.”

Asked whether the early findings may fuel discrimination, Mr Seale said: “There are ways we can work with communities to learn from decades of experience around tackling stigma and discrimination with HIV. We want to apply those lessons learned to this experience.”

New dawn for Australia-France relationship as Macron says Albanese not to blame for submarine row
Paul Bongiorno: It won’t be easy for Anthony Albanese, but he says he’s up for it
Today's Stories

No evidence monkeypox has mutated, WHO says