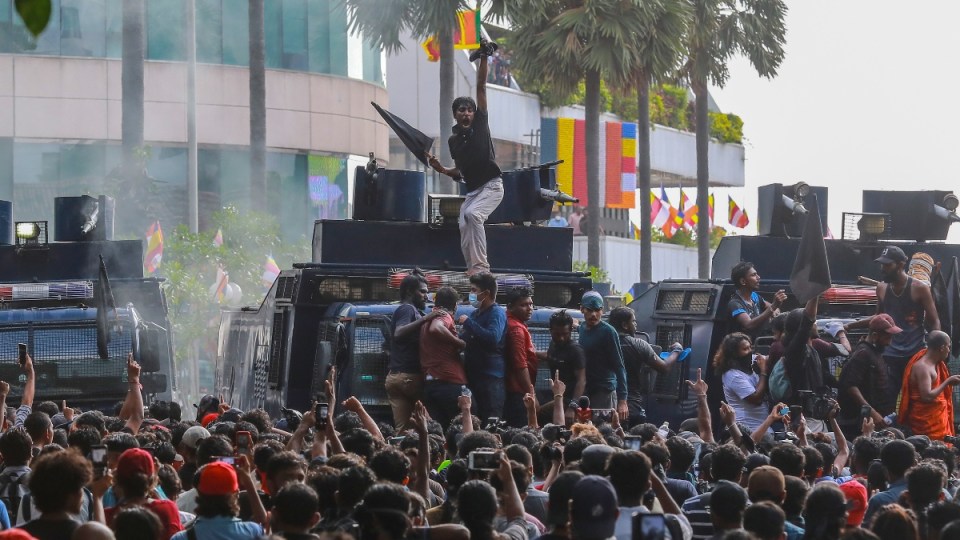 Wall-to-wall coverage of the federal election campaign over the past six weeks may have left you with very little attention to dedicate to news beyond the campaign trail.

But there was plenty else happening around the country and beyond our shores.

Here are some of the world’s biggest stories that you may have missed over the past few weeks.

Despite dominating national attention earlier this year, the return of flood waters to beleaguered New South Wales and Queensland towns at the end of March snuck under many people’s radar before the election.

7News meteorologist and founder of JanesWeather.com Jane Bunn told TND La Niña is still “the big player” in these dangerously wet conditions, as it has been since the end of 2021.

Extreme weather then continued sporadically in April and May, with a massive rainband dumping 244 millimetres of rain in north Queensland in just 24 hours earlier this month.

Powerful storms ripped through Canada’s two most populous provinces, Ontario and Quebec, over the weekend, killing at least eight people.

Authorities said most of the deaths occurred when people were hit by falling trees.

Electricity companies scrambled on Sunday to restore transmission lines, but announced late the same day that more than 226,000 customers remained without power.

This sort of weather event is uncommon at this time of year in Canada, as it usually occurs in July or August every four years – and in the south-east of the country not the north-east.

Atmospheric science student Jacob Feuerstein wrote in The Washington Post that the storm’s “unusual characteristics” could have been driven by climate change.

At 96 years old, Queen Elizabeth is struggling with health issues as the the United Kingdom prepares to celebrate her historic 70-year reign.

The Queen attended a star-studded equestrian extravaganza featuring celebrities such as Tom Cruise and Dame Helen Mirren earlier this month.

But she has ruled out attending several garden parties this year and is not expected to receive the Trooping the Colour salute for the first time in her 70-year reign.

The military parade kicks off four days of public celebrations on June 2 for the British monarch’s Platinum Jubilee.

Sri Lanka is in the midst of its worst economic crisis in decades, with citizens struggling with power cuts and shortages of food, fuel, medicine, and paper.

In mid-March, the country cancelled exams for millions of school students as it ran out of printing paper, and on May 19, Sri Lankan authorities closed schools and asked non-essential public officials not to come to work as the country was left with almost no petrol and shortages of other fuels.

Blame has been attributed to a now-reversed ban on all chemical fertilisers introduced by President Gotabaya Rajapaksa in April 2021 that drastically cut crop yields, and to a shortage of foreign exchange reserves to pay for essential imports.

Sri Lanka has approached the International Monetary Fund and China for financial help.

Turkish President Recep Tayyip Erdoğan and Saudi Crown Prince Mohammed bin Salman have made nice and brushed over the murder of a Saudi journalist on Turkish soil as they seek to boost trade relations.

Saudi journalist and US resident Jamal Khashoggi was murdered in the Saudi consulate in Istanbul in 2018, and a report released by the US in 2021 found that the Crown Prince had ordered the killing, which the Saudi government denies.

Tensions have been rife between Turkey and Saudi Arabia in the years since the murder, but in early April a Turkish court ruled to halt the trial of Saudi suspects and to transfer it, along with the suspects, to Saudi Arabia.

Australian golf great Greg Norman also sparked backlash in May after referring to Khashoggi’s murder as a “mistake” when promoting a series of Saudi Arabia-funded tournaments in Britain.

As the eyes of the world trained on the Russia-Ukraine crisis, disputes between Israel and Palestine kept claiming lives.

The past few months have been characterised by violence and death on both sides, most notably the killing of US-Palestinian journalist Shireen Abu Aqleh by Israeli armed forces; the subsequent beating of mourners at her funeral by Israeli police; and the killing of three Israeli pedestrians by two Palestinian suspects.