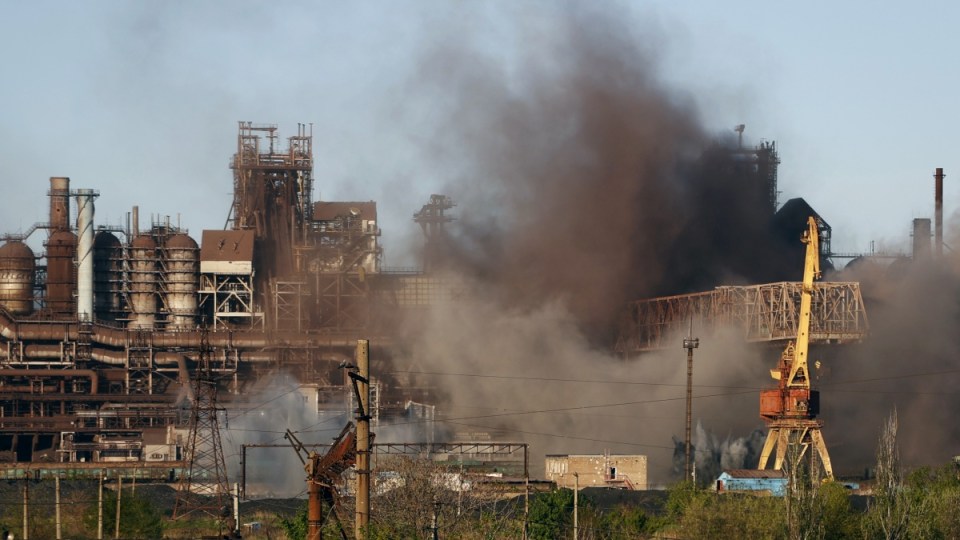 Ukraine’s military command says the mission to defend the besieged Azovstal steel plant by “the heroes of our time” in the strategic southern port of Mariupol is over and has pledged to rescue servicemen still trapped inside.

“The ‘Mariupol’ garrison has fulfilled its combat mission,” the General Staff of Ukraine’s Armed Forces said in a statement early on Tuesday.

“The supreme military command ordered the commanders of the units stationed at Azovstal to save the lives of the personnel … Defenders of Mariupol are the heroes of our time.”

A total of 53 injured servicemen were evacuated to a hospital in Novoazovsk, east of Mariupol, on Monday and another 211 were taken to another point, Ukraine’s deputy defence minister said.

Five buses and an armoured personnel carrier carrying the servicemen arrived late on Monday in Novoazovsk. Some of the evacuees were carried out on stretchers into a hospital, a Reuters witness said.

Novoazovsk is under the control of Russia-backed separatists who have held parts of eastern Ukraine since 2014.

Since Russia launched its invasion in February, Mariupol’s devastation has become a symbol both of Ukraine’s ability to withstand Russia’s invasion and of Moscow’s willingness to devastate Ukrainian cities that hold out.

Some 600 troops were believed to have been inside the steel plant. Ukrainian troops say they held out for 82 days against Russian bombardment.

Azovstal’s last defenders had been fighting for weeks in bunkers and tunnels built deep underground to withstand nuclear war. Civilians were evacuated from inside the plant, one of the largest metallurgical facilities in Europe, earlier this month.

“Efforts to rescue defenders who remain on the territory of Azovstal continue,” the military said.

There has been no immediate response from Moscow authorities to the developments in Azovstal.

“Ukraine needs Ukrainian heroes alive. This is our principle. I think that every reasonable person will understand these words,” Mr Zelensky said.

“The work continues to bring the boys home, and this work needs delicacy. And time.”