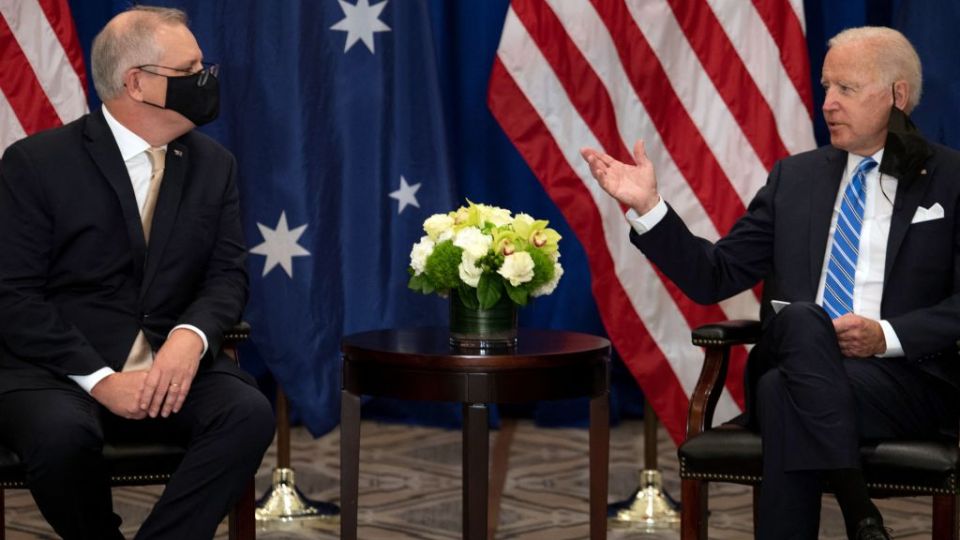 Joe Biden will meet with members of the Quad alliance, which includes Australia, while in Asia. Photo: Getty

US President Joe Biden will visit South Korea and Japan in late May, for a tour that will including a meeting with the leaders from the Quad security alliance.

The visit, set for May 20-24, will “further deepen ties between our governments, economies and people”, White House Press Secretary Jen Psaki said in a statement.

She said the trip would advance the Biden administration’s “rock-solid commitment to a free and open Indo-Pacific” as well as Washington’s alliances with South Korea and Japan.

Biden is also scheduled to meet with the leaders of the Quad grouping of Australia, Japan, India, and the United States while in Tokyo.

The group of four, also known as Quadrilateral Security Dialogue, was formed in the aftermath of the 2004 Indian Ocean earthquake and tsunami, and formalised in 2007.

The first-ever in-person Quad leaders summit was held in Washington in September.

Biden to visit Japan, South Korea in May