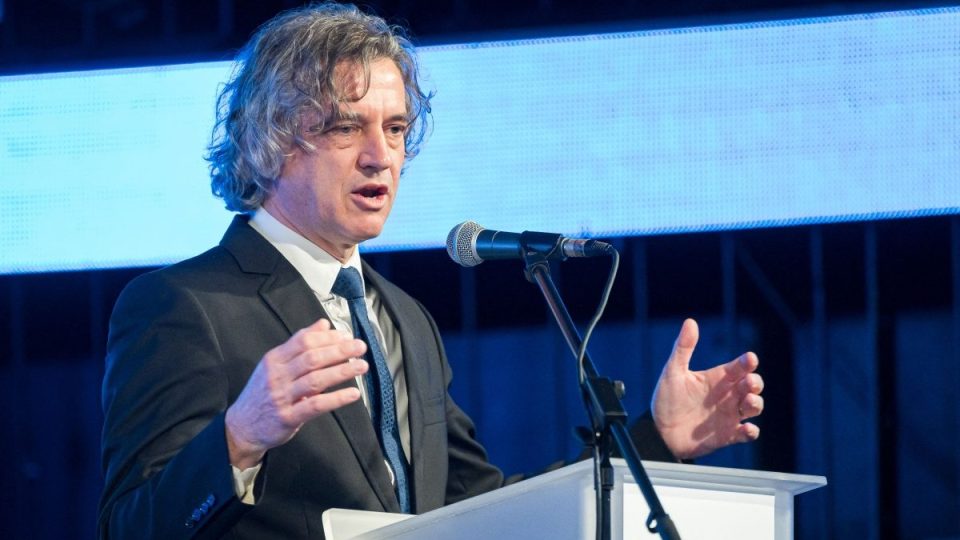 Slovenian voters have backed an opposition liberal party to replace Prime Minister Janez Jansa, who was accused of pushing the small European Union country to the right while in office.

The Freedom Movement won nearly 34 per cent of the votes compared with the ruling conservative Slovenian Democratic Party with around 24 per cent, the state election authorities said after counting over 90 per cent of the ballots.

Trailing behind the top two contenders were the New Slovenia party with seven per cent, followed by the Social Democrats with more than six per cent and the Left party with four per cent.

The results mean that the Freedom Movement, a newcomer in the election, appears set to form the next government in a coalition with smaller leftist groups. The party leader Robert Golob addressed supporters via a video message from his home because he has COVID-19.

“Tonight people dance,” Mr Golob told the cheering crowd at the party headquarters. “Tomorrow is a new day and serious work lies ahead.”

Mr Jansa posted a message to supporters on Twitter, saying only “thank you for your vote.”

Mr Jansa, a veteran politician, became prime minister a little over two years ago after the previous liberal premier resigned. An admirer of former US President Donald Trump, Jansa had pushed the country toward right-wing populism since taking over at the start of the COVID-19 pandemic.

Reflecting strong interest in Sunday’s election, turnout was higher than usual — more than 64 per cent of Slovenia’s 1.7 million voters cast their ballot, compared with 52 per cent in the previous election in 2018.

Mr Golob, a US-educated former business executive, came out as a frontrunner shortly after entering the political scene. The Freedom Movement party has advocated a green energy transition and sustainable development over Mr Jansa’s nation-centred narrative.

Mr Jansa, in power, faced accusations of sliding toward authoritarian rule in the style of his ally, Hungarian Prime Minister Viktor Orban. He came under EU scrutiny amid reports that he pressured opponents and public media, and installed loyalists in key positions for control over state institutions.