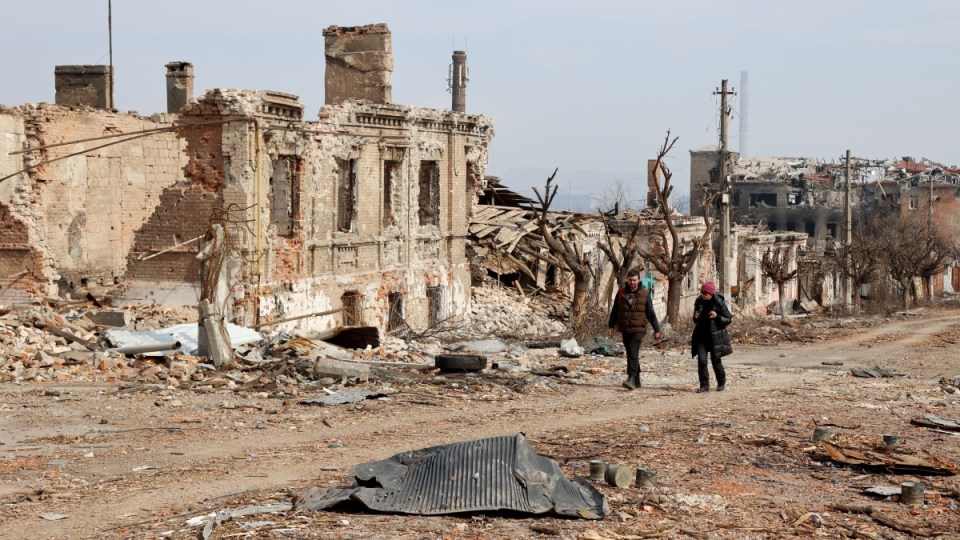 Little remains of Mariupol except for the defenders' will to resist. Photo: Getty

Russia’s defence ministry has told the Ukrainian forces still fighting in the besieged southern port of Mariupol to lay down their arms within hours in order to save their lives.

Russia’s earlier claim that its troops had cleared the urban area of Mariupol, scene of the war’s heaviest fighting and worst humanitarian catastrophe, could not be independently verified. It would be the first major city to have fallen to Russian forces since the February 24 invasion.

Moscow says the remaining fighters in Mariupol – who it says are both Ukrainian and foreign – are blockaded in the Azovstal steelworks plant, giving them until 0300 GMT (1300 AEST) on Sunday to surrender.

“Taking into account the catastrophic situation that has developed at the Azovstal metallurgical plant, as well as being guided by purely humane principles, the Russian Armed Forces offer the militants of nationalist battalions and foreign mercenaries from 06:00 (Moscow time) on April 17, 2022, to stop any hostilities and lay down their arms,” the defence ministry said in a statement.

“All who lay down their arms are guaranteed that their lives will be spared.”

Under the terms of a deal proposed by Russia on Saturday, the remaining defenders in the Azovstal plant would leave between 6am and 1pm Moscow time, without weapons or ammunition.

The start of the surrender would be indicated by raising flags, the ministry said: “From the Russian side – red; from the Ukrainian side – white, around the whole perimeter of Azovstal.”

There was no immediate reaction from Kyiv to the offer.

Ukraine President Volodymyr Zelenskiy accused Russia on Saturday of “deliberately trying to destroy everyone” in Mariupol and said his government was in touch with the defenders. But he did not address Moscow’s claim that Ukrainian forces were no longer in urban districts.

“I want to be heard correctly right now; there has not been a single day since the beginning of the blockade of Mariupol that we have not been seeking a solution – military or diplomatic,” Zelenskiy said in his nightly video address.

“But finding this solution is extremely difficult. Until now, there has not been a 100 per cent realistic option.”

Zelenskiy has threatened to withdraw from ongoing peace negotiations if the Ukrainian fighters trapped in Mariupol are killed by the Russian forces.

“What they are doing right now … could put a stop to any form of negotiation,” he said in an interview with a Ukrainian news website published on Saturday.

“There are troops there who absolutely hate them, and I don’t think they will let them live,” the Ukrainian leader said, referring to the fact that many of the fighters trapped in the city are part of the nationalist-dominated Azov Battalion, whose far-right leanings have been the subject of Russian media reports for weeks.

Mariupol, with its strategic location on the coast of the Azov Sea, has been a target since the start of the war.

It lies on the route between the Russian-annexed peninsula of Crimea to the west, and the Donetsk region to the east, which has been partially controlled by pro-Russian separatists since 2014.

The Russian defence ministry said also that it has “evacuated” 168,000 people out of Mariupol so far. Ukraine has said that thousands have been forcefully departed.

The total capture of Mariupol would give Russia an option to build a land bridge to Crimea and control the entire north shore of the Sea of Azov.