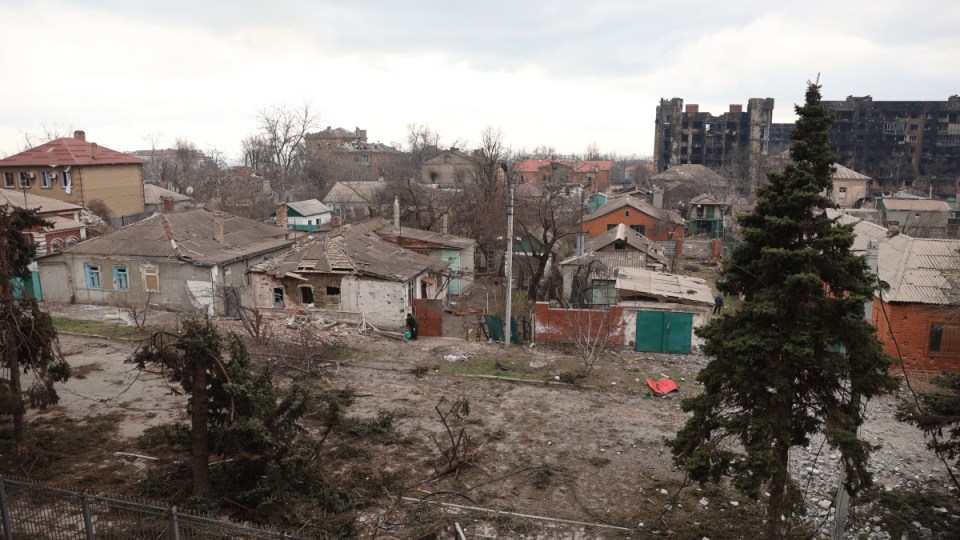 The US and UK are investigating reports of Russia using chemical weapons at Mariupol in Ukraine. Photo: Getty

There is “no doubt” that Russia is committing crimes and atrocities in Ukraine, Scott Morrison says.

But the prime minister stopped short of labelling the atrocities as genocide, which his United States counterpart Joe Biden called it on Tuesday.

Mr Morrison says Russian President Vladimir Putin needed to be held to account as reports emerge of chemical weapon use in the port city of Mariupol.

“There is no doubt (war crimes) are occurring and Vladimir Putin must be held to account for those crimes and atrocities,” Mr Morrison told reporters on Wednesday.

“We have put our own lawyers in there to assist in investigations. We have actually got quite a lot of experience in investigating the Russians, when they shot down MH17 or supported that action.”

Ukraine’s ambassador to Australia strongly believes chemical weapons have been used by Russia forces, saying while it was difficult to access Mariupol due to the area being under siege, there are reports of gas attacks.

“We understand that the likelihood of the use of chemical substances is very high,” Vasyl Myroshnychenko told ABC radio on Wednesday.

“We cannot yet identify what substance was used, but it was widely reported by a number of people who still have some sort of access.”

The US and UK have indicated they are investigating the reports of chemical weapons being used and seeing if the claims can be verified.

Ukrainian President Volodymyr Zelenskiy warned earlier this week that Russia may resort to chemical weapons as it massed troops for a new assault.

Mr Myroshnychenko said the situation in Ukraine, particularly in parts of Mariupol, was dire as the conflict continued.

“It’s still urban warfare … the only problem is they have run out of ammunition, food and supplies,” he said.

“I’m not sure how long people can still stand, and the situation is extremely difficult as over 100,000 civilians are trapped in the city and many of them are becoming casualties of these hostilities.”

The ambassador said if Russia is found to have used chemical weapons, there should be a strong response from the US, NATO and the European Union.

It comes as Mr Putin made a rare public appearance to defend his decision to invade Ukraine.

While Mr Putin said peace talks with Ukraine had hit a dead end, Mr Myroshnychenko said Russia had used the talks for other purposes.

“Our belief from the very beginning was that Russia used those negotiations as a distraction, as an opportunity to buy more time to regroup their forces,” he said.

“They are now building up many troops around the eastern part of Ukraine … and they are getting ready for another major assault.

“This is about to happen in the next few days.”

Mr Myroshnychenko said three of the armoured vehicles had already arrived in Ukraine with more on the way.

“The Australian government understands the urgency of this,” he said.