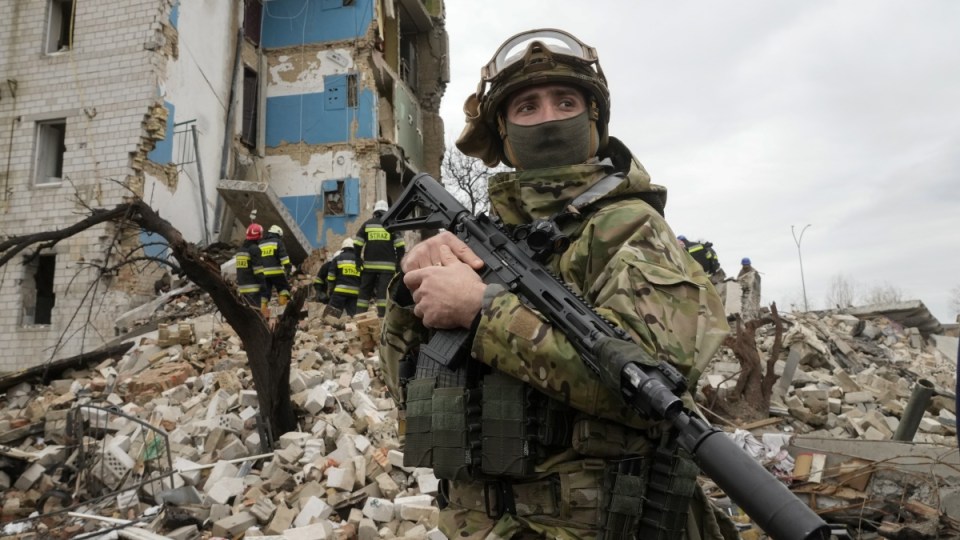 The UN chief will shuttle between Moscow and Kyiv as Ukraine braces for another major Russian offensive. Photo: AAP

Ukraine’s armed forces are readying for a new Russian offensive as powerful explosions rock cities in the south and east, while Austria’s leader plans to meet Russian President Vladimir Putin to call for an end to the conflict.

Ukrainian President Volodymyr Zelensky kept up his tireless campaign to generate international support and rally his countrymen, warning the coming week would be important and tense.

“Russia will be even more afraid. It will be afraid to lose. It will fear that the truth will have to be acknowledged,” Mr Zelensky said in a late night video address.

“Russian troops will move to even larger operations in the east of our state. They may use even more missiles against us, even more air bombs. But we are preparing for their actions. We will answer.”

Austrian Chancellor Karl Nehammer said he would meet Mr Putin on Monday in Moscow for the Russian leader’s first face-to-face meeting with a European Union counterpart since the invasion began on February 24.

“We are militarily neutral, but [have] a clear position on the Russian war of aggression against #Ukraine,” Mr Nehammer wrote of Austria on Twitter.

“It must stop! It needs humanitarian corridors, ceasefire & full investigation of war crimes.”

Russia’s invasion has forced about a quarter of Ukraine’s 44 million people from their homes, turned cities into rubble and killed or injured thousands.

It has failed to take any major cities, but Ukraine says Moscow has been gathering its forces in the east for a major offensive and has urged people to flee.

A series of powerful explosions were heard in Ukraine’s north-eastern city of Kharkiv and in Mykolaiv, near the Black Sea in the southern part of the country, Ukrainian media reported on Sunday.

Earlier, missiles destroyed the airport in the city of Dnipro, governor of the central Dnipropetrovsk region Valentyn Reznichenko said.

Russia’s defence ministry said high-precision missiles had destroyed the headquarters of Ukraine’s Dnipro battalion in the town of Zvonetsky.

Since Russia invaded, Mr Zelensky has appealed to Western powers to provide more defence help, and to punish Moscow with tougher sanctions including embargoes on its energy exports.

US national security adviser Jake Sullivan told ABC News: “We’re going to get Ukraine the weapons it needs to beat back the Russians to stop them from taking more cities and towns.”

Mr Zelensky said he had confidence in his own armed forces but “unfortunately I don’t have the confidence that we will be receiving everything we need” from the US.

“They have to supply weapons to Ukraine as if they were defending themselves and their own people,” Mr Zelensky told CBS’s 60 Minutes.

“They need to understand this. If they don’t speed up, it will be very hard for us to hold on against this pressure.”

Mr Zelensky said earlier on Twitter he had spoken on the phone with German Chancellor Olaf Scholz about additional sanctions, as well as more defence and financial support for his country.

The EU on Friday banned Russian coal imports among other products, but has yet to move on oil and gas imports.

Ludmila Zabaluk, head of the Dmytriv Village Department, north of the capital Kyiv, said dozens of civilian bodies were found in the area.

“There were more than 50 dead people,” he said.

“They shot them from close distance. There’s a car where a 17-year-old child was burned, only bones left. A woman had half her head blown off. A bit farther, a man lying near his car was burned alive.”

Reuters could not immediately confirm the reports.

Moscow has rejected accusations of war crimes by Ukraine and Western countries. It has repeatedly denied targeting civilians.