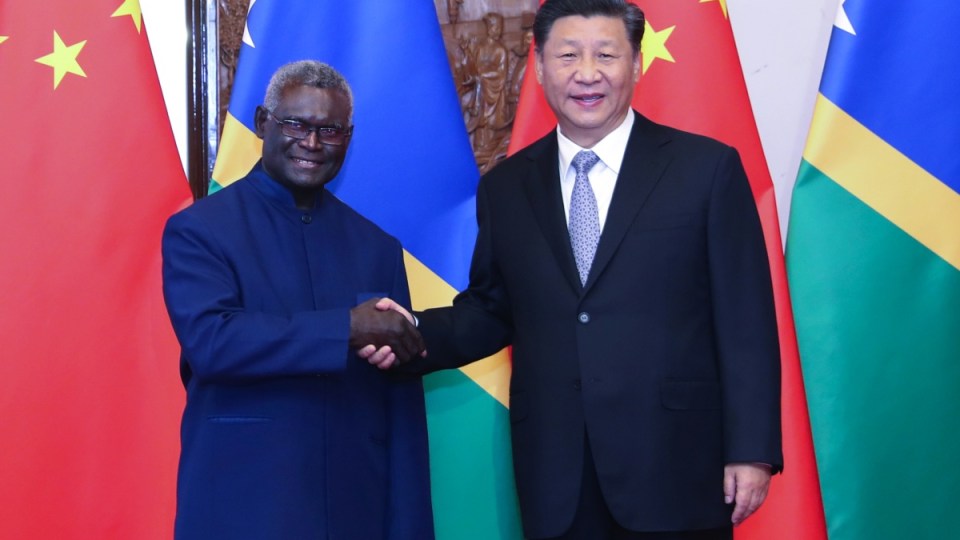 The Solomon Islands says it will not allow China to build a military base there, as it seeks to counter international fears over its new security alliance with China.

But that insistence will do little to ease concerns about the pact from the nation’s traditional partners that include New Zealand, Australia and the United States.

The leader of neighbouring Micronesia added his voice to those expressing trepidation by invoking the bloody battles of World War II and warning that the pact could again see the South Pacific region become a battleground for much larger powers.

The Solomon Islands government said on Thursday that a draft agreement of the new security pact had been initialled by representatives from the Solomons and China and would be “cleaned up” and signed.

On Friday, the Solomon Islands government said that “contrary to the misinformation promoted by anti-government commentators”, the agreement did not invite China to establish a military base.

“Government is conscious of the security ramification of hosting a military base, and it will not be careless to allow such initiative to take place under its watch,” a government statement said on Friday.

It seemed to more emphatically rule out the possibility of a base after Prime Minister Manasseh Sogavare had earlier told parliament it had no intention of asking China to build a base.

Sogavare said his nation sought only peace and prosperity, citing its foreign policy mantra: “We are friends to all and enemies to none.”

He said it was not a secret deal but a sovereign issue.

Under the terms of the draft agreement, China could send police, military personnel and other armed forces to the Solomon Islands “to assist in maintaining social order” and for a variety of other reasons.

It could also send warships to the islands for stopovers and to replenish supplies, which had led to speculation about the possibility of China establishing a naval base on the South Pacific islands.

He said the two small nations had become battlegrounds during World War II and it could happen again as China, the US and Australia asserted themselves in the region.

Australian Defence Minister Peter Dutton said Friday that while it respected the Solomons’ sovereignty, the deal showed that China was acting aggressively in the region.

New Zealand Prime Minister Jacinda Ardern this week described the possibility of Chinese military forces stationed on the Solomon Islands as “the potential militarisation of the region”.

And the US State Department said Washington did not believe China’s security forces and methods needed to be exported.

“Attempts to provoke, obstruct and undermine China’s friendly relations with the island countries is not popular and will not succeed,” Mr Wang told reporters at a daily briefing.

China deal won’t include base: Solomons