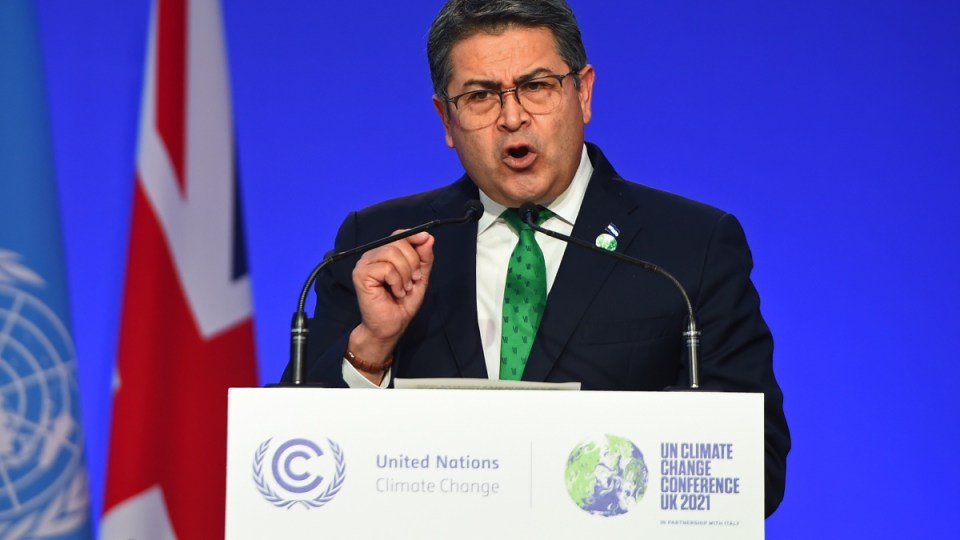 Former Honduran president Juan Orlando Hernandez is to face drugs and firearm charges in the US. Photo: Getty

The Supreme Court of Honduras has authorised the extradition of former president Juan Orlando Hernandez to the United States to face drug trafficking and firearms charges dating back to his two terms in office.

Mr Hernandez has been accused by US prosecutors of participating in a wide-ranging drug-trafficking scheme between 2004 and 2022, part of an unprecedented investigation into Honduras’ role as a critical transit point for massive amounts of cocaine smuggled from South America north to the United States.

The 53-year-old conservative ex-president is also accused of accepting millions of dollars in bribes to protect drug traffickers from investigation and prosecution, and carrying, using, or aiding and abetting the use of weapons.

Mr Hernandez, who was replaced as president in January by leftist Xiomara Castro after eight years in office, has denied any wrongdoing.

“The Supreme Court has decided not to allow the proposed appeal, which means the decision by the judge to grant extradition has been confirmed,” court spokesman Melvin Duarte said.

Earlier this month, a Honduran judge authorised the extradition, which Hernandez’s lawyers sought to overturn.

On Monday, Felix Avila, one of Mr Hernandez’s lawyers, said: “This is a decision by the Supreme Court and the fact that we don’t agree with it does not mean it is illegal”.

The former president’s family stressed in a statement issued later on Monday the decision was not a criminal conviction.

“We’re ready and confident that we’ll be able to show the US justice system that these accusations are a revenge plot from Honduran narcos whose empire of crime and violence Juan Orlando destroyed”, their statement said.

Mr Hernandez has been in police custody since mid-February, when he was arrested after a dramatic stakeout that saw him holed up in his home.

He emerged hours later, pledging to co-operate with authorities.