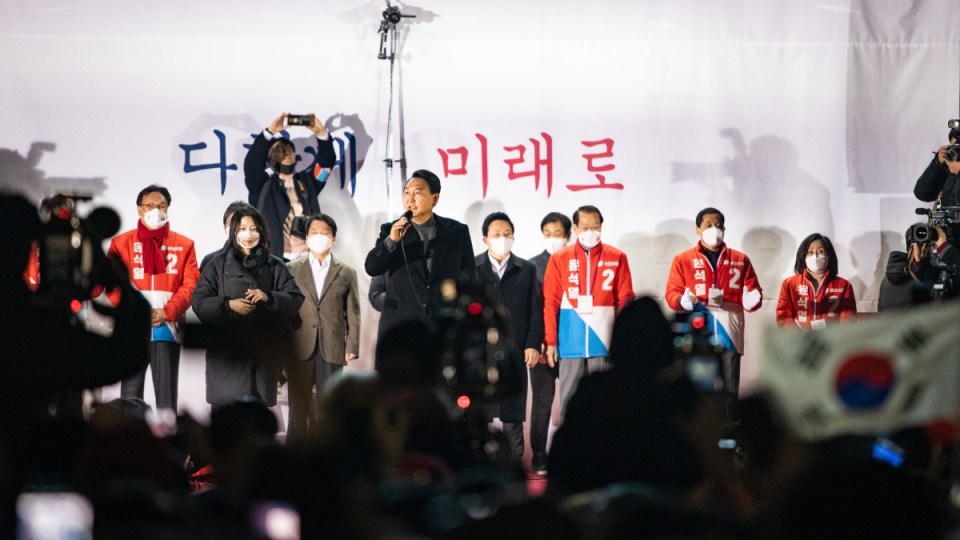 Conservative South Korean opposition candidate Yoon Suk-yeol has been elected president in one of the closest fought races in recent history which will shape Asia’s fourth-largest economy for the next five years.

Mr Yoon, from the main opposition People Power Party, edged out the ruling Democratic Party’s Lee Jae-myung with 48.6 per cent of the vote to 47.8 per cent, with more than 98 per cent of the ballots counted on Thursday morning local time.

“I did my best, but failed to live up to your expectations,” he told a news conference, blaming his “shortcomings”.

“The president-elect, I desperately ask you to overcome divisions and conflicts and open an era of integration and unity.”

Mr Yoon had yet to make an official acceptance speech. But as he left home for campaign headquarters, he said it had been a “very long night” and thanked hundreds of supporters who gathered in front of his home.

The unusually bitter election campaign was marred by scandals and smears, but the policy stakes are high for the country of 52 million.

About 77 per cent of South Korea’s 44 million eligible voters cast ballots to pick the leader of a nation whose global status is rising even as it has been riven by gender and generational divisions, while facing a confrontational North Korea.

The winner must tackle challenges including South Korea’s worst wave of COVID-19 infections, growing inequality and surging home prices, while navigating an increasingly tense rivalry between China and the US.

These five Census graphs tell a story about a rapidly changing Australia
Alan Kohler: The optimists have failed us. Pessimists, please report for duty
Today's Stories