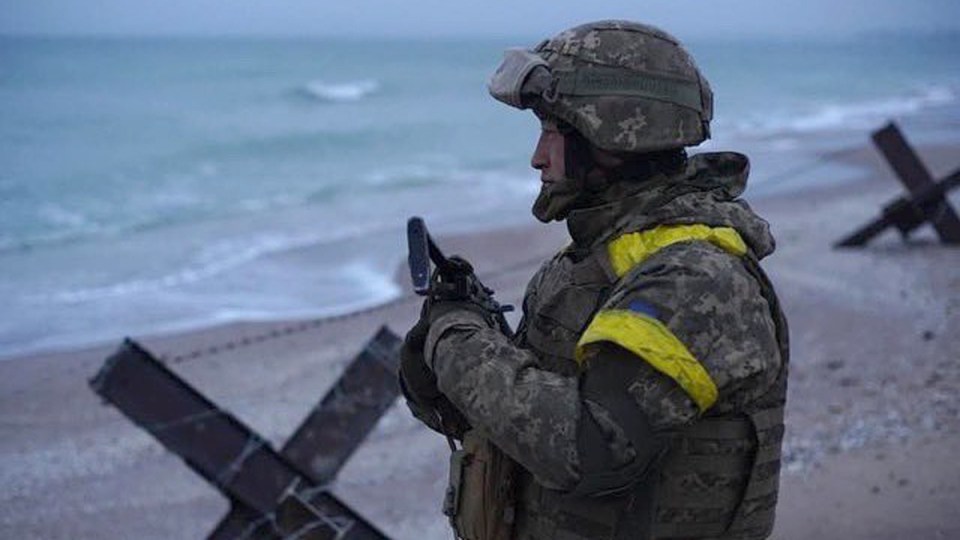 Australia’s lethal aid to assist Ukraine in its fight against Russia’s invasion has arrived in the country, a delivery Ukrainian President Volodymyr Zelenskiy has told Scott Morrison is deeply appreciated.

Defence Minister Peter Dutton told ABC’s Insiders program that promised lethal aid has arrived in partnership with the UK and the US, but declined to say what form it took.

“I’m not going into that or where it has arrived into or how we’ve got it into the hands of the Ukrainians,” Mr Dutton said.

“There is more assistance we want to provide.”

Mr Zelenskiy tweeted on Saturday night that he had updated Mr Morrison on the course of the war “as well as risks to people and the environment due to the threat to Ukrainian nuclear and chemical facilities”.

Mr Zelenskiy said he deeply appreciated the support from Australia, according to an official readout of the call, while Mr Morrison told him Australia stood with Ukraine against Russia’s aggression and unprovoked assault.

Australia is also supporting resolutions in the United Nations and backing International Criminal Court action in support of Ukraine.

Russian President Vladimir Putin said the sanctions being imposed by the west “are akin to a declaration of war but thank God it has not come to that”.

“It is very hard to get inside President Putin’s mind to understand the rationale of what he is doing now, let alone what his next step will also be,” Mr Dutton said.

“Everything at the moment is designed to try and continue the pressure on Vladimir Putin, those around him, those who have been the financial beneficiaries of the corruption within Russia, and hopefully, ultimately, they can turn back, but there is clearly no sign of that.”

Liberal senator James Paterson, who chairs the parliamentary joint committee and intelligence and security, is currently on an official trip to the US where he was briefed in Washington and the United Nations.

He says there is some cautious optimism at the remarkable united response that the global community has presented to Russia and President Putin.

“There has been incredible resolve about enacting the highest possible costs on Putin and his cronies to deter and and deflate him from this course of action and hopefully get them to rethink the course of action they have embarked upon,” Senator Paterson told Sky News’ Sunday Agenda program.

Federal Labor’s defence spokesman Brendan O’Connor also told the program the Australian government has done the right thing in joining the condemnation and appropriate action and that includes lethal and non-lethal aid to Ukraine.

“Our hopes of course that through such action we’ll see an end to this violence and this conflict, and until we see anything like that, we need to ratchet up the pressure,” Mr O’Connor said.

“If the government has any other options in so far as increased sanctions, whether it is targeting the oligarchs or is providing lethal aid through NATO, Labor supports that.”