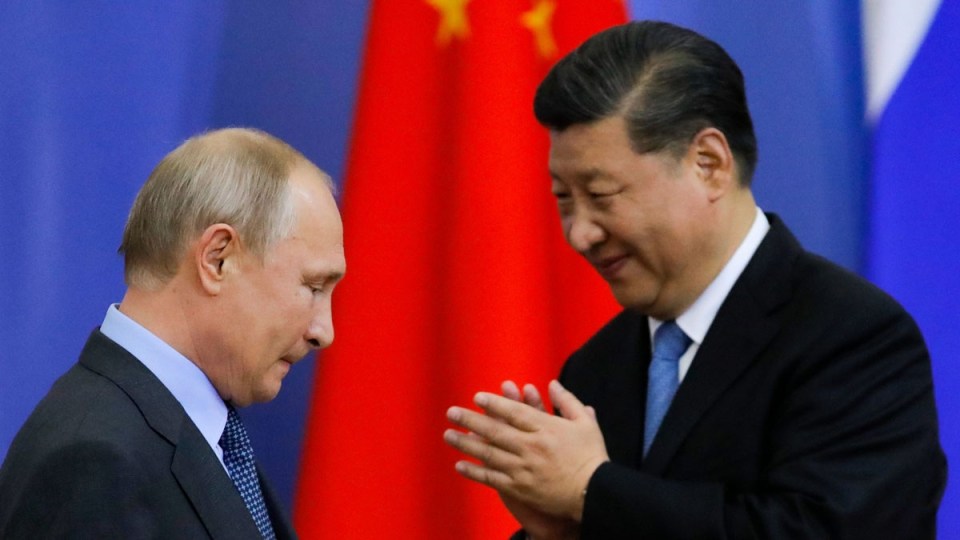 Beijing has said that China did not ask Russia to postpone its invasion of Ukraine until after the Winter Olympics.

Foreign Ministry spokesman Wang Wenbin called a New York Times report suggesting China had made such a request “fake news” in comments to the press on Thursday.

“Such a method of diverting attention and assigning blame is despicable,” Mr Wenbin said, repeating the accusations that NATO expansion had caused the conflict.

“Those who create the problem should be the ones who solve it.”

The report in The New York Times referred to a “Western intelligence report,” and claimed that a senior Chinese official had told a Russian counterpart in early February not to invade Ukraine before the end of the Winter Games, according to a senior US government official and a European official.

Russia only invaded Ukraine after the Games closing ceremony on February 20.

US State Department deputy spokeswoman Jalina Porter dodged a question about the report, saying the world was watching which nations stood up for Ukraine and the basic principles of freedom or territorial integrity and sovereignty, and which supported Russia.

Russian President Vladimir Putin met Chinese leader Xi Jinping in Beijing on February 4 for the opening of the Games, and both affirmed their “strategic partnership” in a show of solidarity aimed at the US, their shared rival. Both also condemned NATO’s eastward expansion.

The New York Times said the intelligence report did not necessarily indicate that an exchange about the invasion had taken place between Putin and Xi.

The New York Times had previously quoted US sources saying that Beijing had been warned several times by Washington that a Russian invasion of Ukraine was imminent, but that China had dismissed the possibility.