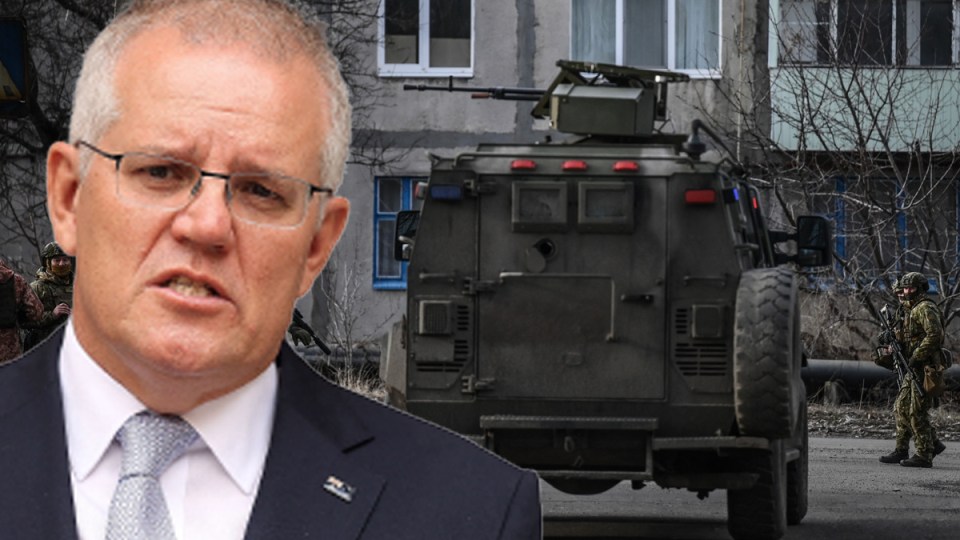 Scott Morrison announced an additional $70 million in aid for Ukraine.

The Australian government will contribute $70 million in military aid to Ukraine as the country prepares to defend against a protracted Russian advance on its capital.

Prime Minister Scott Morrison announced the increase in military aid to Ukraine on Tuesday afternoon as Russian troops were massing on the country’s border.

“We will be answering the call from [Ukrainian] President [Volodymyr] Zelenskyy,” Mr Morrison said.

“He said ‘Don’t give me a ride, give me ammunition’ and that is exactly what the Australian government has agreed to do.

“We will be committing $US50 million ($70 million) to support both lethal and nonlethal defensive support for Ukraine.”

Mr Morrison said that the “overwhelming” majority of Australian government support – worth $70 million – will be “lethal” aid.

“We are talking [about] missiles, ammunition,” he said.

“We are talking [about] supporting them in their defence of their own home land in Ukraine and we will do that in partnership with NATO.”

Mr Morrison declined to provide specific details about the shape that the military aid would take, citing security concerns.

“I don’t plan to give the Russian government a heads up about what is coming their way, but I can assure them it is coming your way,” he said.

Clive Williams, a defence intelligence expert and visiting fellow at the ANU’s Strategic and Defence Studies Centre, said the composition of the aid would be determined through NATO, likely delivered via Poland, and address the Ukrainian military’s most pressing needs.

“Ukraine has traditionally had a lot of Soviet equipment,” he said.

“At the moment the need is for anti-tank missiles, for anti-aircraft missiles.”

Professor Williams said distinctions between ‘lethal’ and ‘nonlethal’ military aid were hard to draw. But he suggested that any military equipment would likely aid the country’s efforts in fending off an increasingly protracted advance on its capital, Kyiv.

(A Russian military convoy of up to 60 kilometres in length was reportedly headed towards the capital on Tuesday).

“Kyiv is encircled at the moment,” Professor Williams said.

“The Russian priority is going to be taking the capital. But that’s not going to be easy, because obviously a hostile, built up area is very difficult to occupy and control.

“The priority for the Russians will be to try to isolate the leadership group in Ukraine, and then put more pressure on them to agree to Russian demands.

“I think that Putin miscalculated in the sense that he thought it would be all done and dusted in a week.

“It’s now looking at a much more protracted situation. I don’t think the Russian armed forces are going to want to be bogged down in counterinsurgency operations in Ukraine, particularly when insurgents can get NATO weapons and equipment across porous borders.”

Australia joins a long list of countries to announce military assistance for Ukraine. It will also contribute another $35 million towards humanitarian assistance, including helping international organisations with shelter, food, medical care, water and education support.