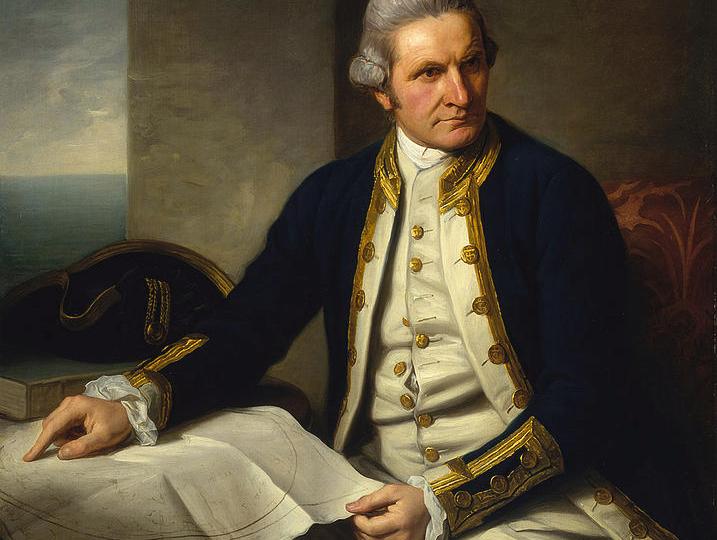 On this day 243 years ago, the maligned English explorer and navigator Captain James Cook was killed by natives of Hawaii.

It was many centuries before the truth behind his death was revealed, with Cook’s death famously misrepresented in official art and historical retellings.

For centuries, artists showed him dying heroically during his third visit to the Pacific Island, where he was stabbed in the neck by an islander.

Accounts show British ships had anchored in Kealakekua Bay days earlier on February 11, 1779, with Cook’s ship, Resolution, needing to return after a previous visit to make repairs after being caught in a storm.

Cook had previously been received by the people of Hawaii as a “god” on a prior visit in January.

The British explorers arrived during a religious ritual known as the Makahiki, during which islanders wrapped the captain in a red cloth, offered him animal sacrifices and praised him as a deity.

But when Resolution returned in February, the islanders treated the invaders with suspicion and hostility, and tensions erupted into violence.

In modern revisions, Cook is said to have attempted to kidnap the king of the island of Hawaii, Kalani‘ōpu‘u, during the rising tensions.

And two other chiefs were killed by British forces as they attempted to stop their king’s abduction.

Cook was killed on the shore as British explorers tried to escape to small boats and onto Resolution, with thousands of native Hawaiians in attendance along the beach.

One famous piece of art, painted by the voyage artist, John Webber, showed Cook with his back to the men holding spears, nobly signalling armed British soldiers to cease firing from their boats.

However, versions based on first-hand accounts and sketches show Cook desperately fighting for his life.

Another unfinished painting on display in the UK, shows Cook fighting with his rifle against a native Hawaiian armed with a knife.

On This Day: Captain James Cook killed in Hawaii