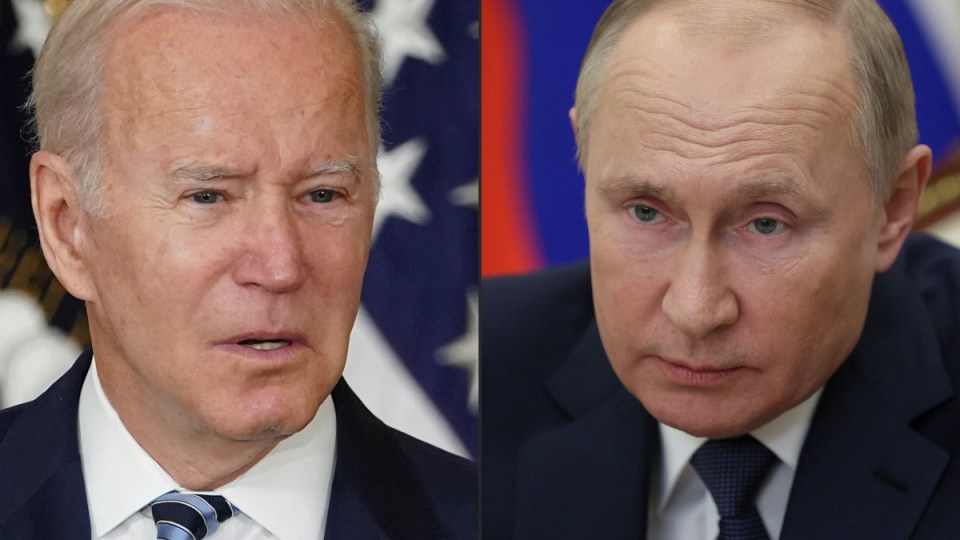 US President Joe Biden says he will consider personal sanctions on President Vladimir Putin if Russia invades Ukraine, as Western leaders stepped up military preparations and made plans to shield Europe from a potential energy supply shock.

The rare sanctions threat on Tuesday came as NATO placed forces on standby and reinforces eastern Europe with more ships and fighter jets in response to Russia’s troop build-up near its border with Ukraine.

Russia denies planning an attack and says the crisis is being driven by NATO and US actions. It is demanding security guarantees from the West, including a promise by NATO never to admit Ukraine. Moscow sees the former Soviet republic as a buffer between Russia and NATO countries.

Following multiple rounds of US-Russia talks over Ukraine that failed to reach a breakthrough, Mr Biden — who has long warned Moscow of economic consequences — upped the ante on Tuesday by saying Putin could personally face sanctions.

Mr Biden told reporters that if Russia were to move into Ukraine with the estimated 100,000 soldiers it has massed near the border, it would be the “largest invasion since World War II” and would “change the world”.

Asked if he would see himself imposing sanctions on Putin directly if Russia invaded Ukraine, Mr Biden responded: “Yes. I would see that.”

Direct US sanctions on foreign leaders are rare but not unprecedented. Others who have faced sanctions include Venezuela’s Nicolas Maduro, Syria’s Bashar al-Assad and Libya’s Muammer Gaddafi.

On Tuesday, a US plane carrying military equipment and munitions landed in Kyiv, the third instalment of a $US200 million ($A280 million) package to shore up Ukraine’s defences.

The Pentagon has readied about 8500 US troops to be deployed to NATO’s eastern flank. Mr Biden on Tuesday said he may move the troops in the nearer term but ruled out sending unilateral US forces to Ukraine, which is not a NATO member.

So far, NATO has about 4000 troops in multinational battalions in Estonia, Lithuania, Latvia and Poland, backed by tanks, air defences and intelligence and surveillance units.