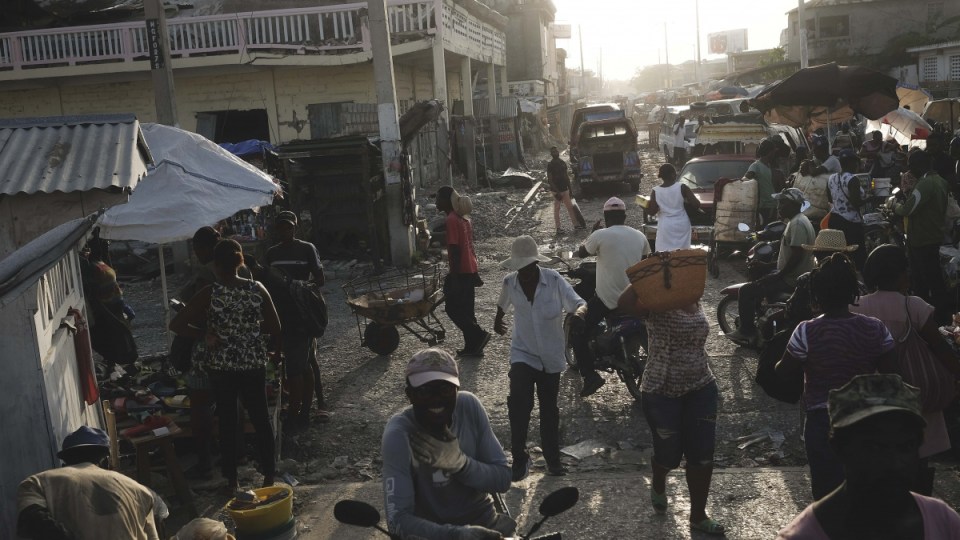 Haiti has been struck by a 5.3 magnitude earthquake and a series of smaller tremors that killed two people and led panicked residents of the Caribbean nation’s southern peninsula to flood into the streets.

The US Geological Survey reported the first quake on Monday (local time) hit an area near the city of Les Cayes and was followed by tremors of 4.4 and 5.1 in the same area, just six months after a major tremor in the same region killed more than 2000 people.

One person died in Fond des Negres and a second in Anse-a-Veau, where 35 homes were destroyed, Haiti’s civil protection authority said in a tweet. It said a road and a bridge had also been destroyed.

Children ran out of school buildings in Les Cayes and “people were terrified,” even though there was no damage, according to one resident.

In August, a 7.2 magnitude earthquake destroyed tens of thousands of homes, left families sleeping outside in torrential rains and forced Prime Minister Ariel Henry to suspend elections that had been scheduled for November.

Haiti’s struggling economy and gang-driven security problems have fuelled a wave of migration, with many travelling in rickety boats in hopes of reaching the US.

The US Coast Guard on Saturday reported it had intercepted 88 Haitians aboard an overloaded sail freighter in an operation that also involved the Royal Bahamas Defence Force.

The Coast Guard said it has rescued 559 Haitians since October 1, compared with 1527 in the 12 months until then.

Scott Morrison steps down after conceding defeat
Boris Johnson reportedly had a birthday gathering at No.10 during lockdown
Today's Stories