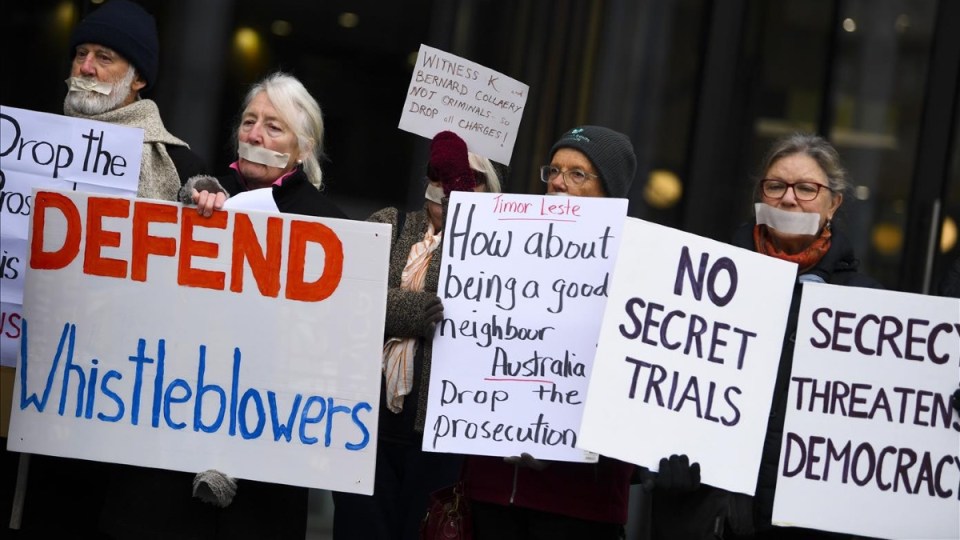 Australia’s rate of decline is similar or steeper than other countries with far worse issues. Photo: AAP

In a worrying sign, Australia has plummeted in Transparency International’s latest Corruption Perceptions Index – the world’s most widely cited ranking of how clean or corrupt every country’s public sector is believed to be.

In the 2021 index released today, Australia has repeated its largest-ever annual drop – falling four points on the 100-point scale, from 77 to 73. Zero is considered highly corrupt, while a score of 100 is very clean.

Overall, Australia has dropped 12 points on the index since 2012, more than any OECD country apart from Hungary, which also fell 12 points. Australia’s rate of decline is also similar or steeper than other countries with far worse issues, including Cyprus, Lebanon, Syria and Venezuela.

Australia was ranked seventh in the world in 2012, level with Norway. This year, Australia has fallen to 18th out of 180 countries. In contrast, Norway’s global standing has improved, climbing from seventh to fourth on the index.

It’s a clear sign Australia has missed a huge chance to correct our failing anti-corruption reputation. And this will likely continue to fall unless integrity policies are turned around at this year’s federal election.

What the index shows

The Corruption Perceptions Index (CPI) is compiled annually by Transparency International using the most credible, independent, long-running corruption measures in the world. Sources include the Economist Intelligence Unit, Freedom House, the World Justice Project and the World Bank.

These surveys focus on levels of public sector corruption, as well as the strength of mechanisms for preventing and controlling corruption. This makes the index not simply a list of which countries are more or less corrupt, but also an evaluation of their current anti-corruption efforts.

The CPI is recognised as a key indicator of Australia’s integrity performance – not only by reform advocates, but by the federal government itself.

In September 2018, then-Attorney-General Christian Porter famously tried to defend the nation’s anti-corruption record by telling parliament the CPI had placed Australia “consistently in the top 20 countries on Earth for low corruption”.

It took Centre Alliance MP Rebekha Sharkie to point out Australia used to be not only in the top 20, but the top ten.

Instead of maintaining its high score, like Norway, Australia has gone in the other direction – and it now risks falling out of the top 20 altogether.

Australia had the chance to stem the fall

Before this year, Australia’s score on the index had levelled off as the federal government finally made pledges to address integrity issues and other efforts to root out corruption took place.

In that period, there was hope things might turn around:

Revelations of money laundering and criminal activity have seen Crown’s casino operations put under the microscope in inquiries around the country, exposing years of illegal conduct. For years, we have followed the story. Find the stories here: https://t.co/4WkiMS6byw. pic.twitter.com/DufL35P2Ls

But the last year has seen progress stall

The latest drop in the CPI shows business and expert confidence in Australia’s official responses to corruption has collapsed again.

Since 2020, when the data for this year’s index were mostly collected, the expected progress has not happened. Instead, Australia has seen:

Why leadership is key

It doesn’t have to be this way. Transparency International has used this year’s global index to highlight the need for countries to improve checks and balances through strong integrity institutions and to uphold people’s rights to hold those in power to account.

When countries show serious leadership in anti-corruption reform – such as the United Kingdom during David Cameron’s Conservative government from 2012-17 – their scores on the index can climb.

Clearly, the world now fears this type of leadership is lacking in Australia.

The priorities and potential solutions are increasingly understood by experts, observers and the community. For example, Griffith University and Transparency International Australia recently assessed Australia’s national integrity system and developed a reform blueprint to follow.

🇦🇺⚖️Our Blueprint for Action for Australia’s national integrity system shows us how we can act to make our system better.@SJLillywhite @ConversationEDU https://t.co/MHwCgL6JYu#auspol #Transparency #integrity

With the 2022 federal election now just months away, the quality of the parties’ anti-corruption commitments – and leaders’ willingness to implement them – will matter as never before.

Key issues still hang in the balance. As recently as November, the prime minister and attorney-general revealed they were shelving any improvements to their Commonwealth integrity commission plan.

This announcement came despite the government having spent yet another year consulting over the plan’s obvious problems.

Anti-corruption reform is no longer the “fringe issue” Prime Minister Scott Morrison claimed it was several years ago.

For confidence in Australia’s public integrity to improve, the winner of the election is going to need to promise – and deliver – more convincing solutions than we’ve seen in the last two years.

Australia and Norway were once tied in global anti-corruption rankings. Now, we’re heading in opposite directions