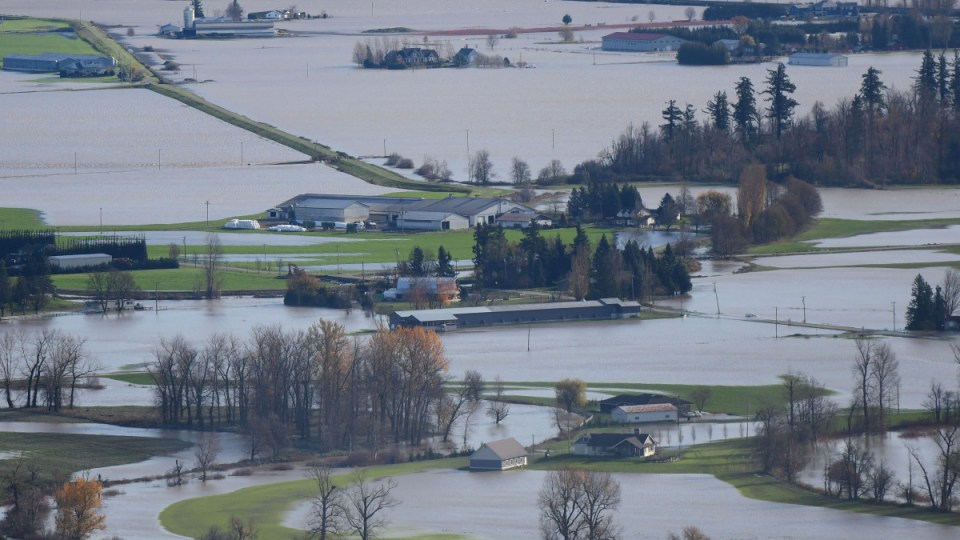 Floods in Canada's west have killed at least one person as mudslides destroyed roads and bridges. Photo: Getty

The death toll in Canada from massive floods and landslides that devastated parts of British Columbia is set to rise, with the province declaring a state of emergency.

“We expect to confirm even more fatalities in the coming days,” Provincial Premier John Horgan said on Wednesday (local time).

“We will bring in travel restrictions and ensure that transportation of essential goods and medical and emergency services are able to reach the communities that need them.”

In Tulameen, a mountain town to the north-east of Vancouver, up to 400 people are trapped, many without power, said Erick Thompson, a spokesman for the area’s emergency operations.

“[We] did a helicopter flight recently, dropped off food, and what is underway right now is to determine what additional supplies may need to come into that community,” he told the Canadian Broadcasting Corp.

Some of the towns are in more remote mountain areas with limited access and freezing temperatures, making them more vulnerable.

The disaster could be one of the most expensive in Canadian history.

After a phenomenon known as an atmospheric river dumped a month’s worth of rain in two days, officials are concerned that another downpour could overwhelm a pumping station near Abbotsford, a city of 160,000 to the east of Vancouver, which has already been partly evacuated.

Mayor Henry Braun said the station was running at full capacity. Volunteers built a dam around the station overnight, he said.

“That will buy us some more time but if we had another weather event like we just went through, we are in deep doo-doo (trouble),” he said on Wednesday.

Prime Minister Justin Trudeau, while in Washington on a trip, said Ottawa would help the province recover from what he called a “terrifically bad situation”.