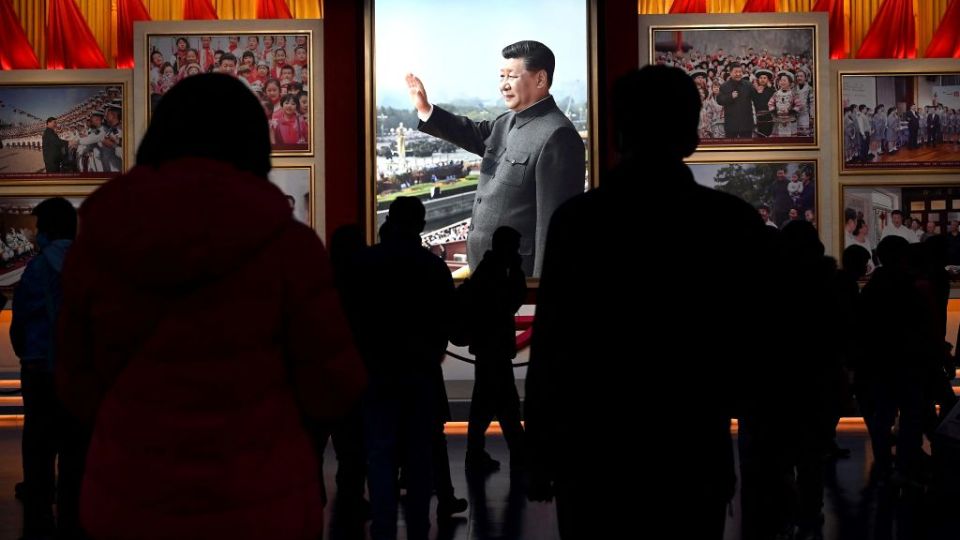 The Central Committee of the Communist Party decided that Xi Jinping's position should be upheld ‘as the core of the party’. Photo: Getty

China’s president Xi Jinping has become the country’s most powerful leader since ‘Chairman Mao’ after an historic Communist Party decision that sets the stage for him to remain in charge for life.

Experts say the decision formally abolishes the country’s old principle of “collective leadership” in favour of a return to the “cult of leadership”.

In a so-called “Resolution on the Major Achievements and Historical Experience of the Party over the Past Century” at the end of its four-day meeting in Beijing, the Central Committee decided that Mr Xi’s position should be upheld “as the core of the party”.

It’s been expected Mr Xi, 68, would pursue a third five-year term as party general secretary despite the party’s modern traditions requiring him to step down next year.

The new resolution underpins Mr Xi’s unquestionable claim to leadership ideologically and is intended to guide the country for decades to come.

It is only the third time in the Communist Party’s 100-year history, after 1945 and 1981, that a document has been adopted in this form.

The document produced ahead of a party congress next autumn puts Mr Xi’s status on par with revolutionary leader and state founder Mao Zedong and Deng Xiaoping, who led China from 1978 to 1989.

A party statement said the decision was “of decisive significance” for “the great rejuvenation of the Chinese nation”.

Citizens should “fully implement Xi Jinping Thought on Socialism with Chinese Characteristics for a New Era,” it said in an official English-language communique.

The party, which celebrated its centenary this year, had installed term limits in 1982 – a move meant to avoid a “cult of personality” after Mao’s destructive final years before his death in 1976.

In 2018, Mr Xi amended the constitution to allow a president to serve unlimited five-year terms.

The new support from the Central Committee – which is made up of party elite, government officials, provincial leaders and generals –effectively gives him a mandate for a permanent term. Mr Xi is the first party leader to be given such status since Mao.

With this “democratic centralism,” as the official description goes, the professor sees the party moving even further into the nationalist camp.

Wu Qiang, whom Tsinghua University dismissed for his critical views, warns of an “unpredictable challenge” to China’s neighbours and the international order in the western Pacific.

Domestically, too, the course does not bode well, he argues.

The professor fears “a destruction of civil society” that has developed in China with the market economy over 30 years.