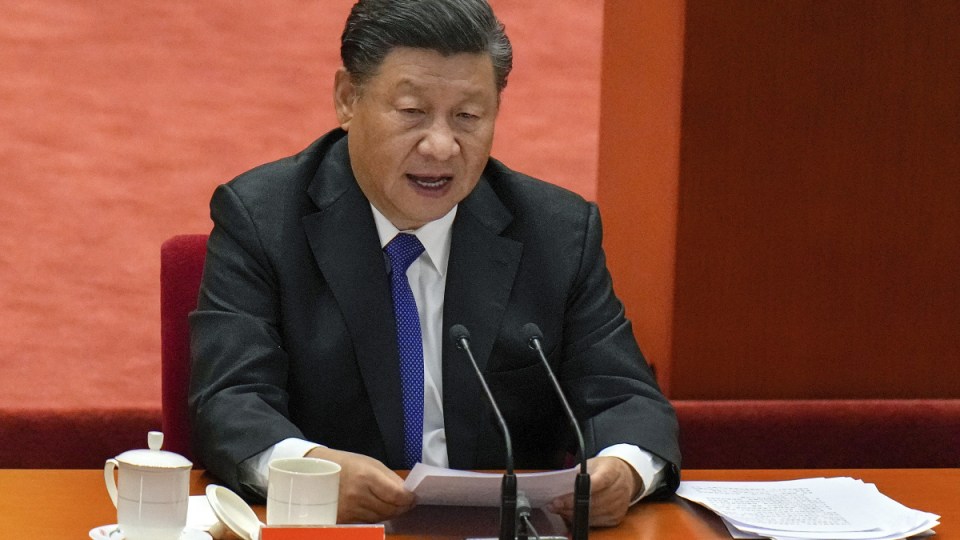 China's President has warned Asia-Pacific leaders not to return to the tensions of the Cold War era. Photo: AAP

The Asia-Pacific region must not return to the tensions of the Cold War era, China’s leader Xi Jinping has told APEC talks hosted by New Zealand.

He added that China’s emission-reduction plans are likely to present “huge market opportunities” in coming years, and invited businesses in the region “to join us in this endeavour”.

President Xi, in a recorded video message on Thursday to a CEO forum on the sidelines of the Asia-Pacific Economic Co-operation summit taking place virtually in Wellington, said attempts to draw ideological lines or form small circles on geopolitical grounds were bound to fail.

“The Asia-Pacific region cannot and should not relapse into the confrontation and division of the Cold War era,” Mr Xi said.

President Xi’s remarks were an apparent reference to US efforts with allies and partners in the region — including the Quad grouping with India, Japan and Australia — to blunt what Washington sees as China’s growing coercive economic and military influence.

He is expected to hold a virtual meeting with US President Joe Biden as soon as next week.

China’s military on Tuesday said it conducted a combat readiness patrol in the direction of the Taiwan Strait, after its Defence Ministry condemned a visit by a US congressional delegation to Taiwan, the democratically governed island claimed by Beijing.

Combative US diplomatic exchanges with China early in the Biden administration unnerved allies, and US officials believe direct engagement with Mr Xi is the best way to prevent the relationship between the world’s two biggest economies from spiralling towards conflict.

A date has not been announced for the Xi-Biden meeting, but a person briefed on the matter said it was expected to be as soon as next week.

Mr Xi said achieving economic recovery is the most pressing task for the region, adding countries must close the COVID-19 immunisation gap.

“We should translate the consensus that vaccines are a global public good into concrete actions to ensure their fair and equitable distribution,” Mr Xi said.

The regional leaders are meeting as part of a week-long series of APEC conferences culminating in a summit on Friday and Saturday, hosted entirely online by New Zealand.

Climate change has been a key item on the agenda at the summit, which is taking place in parallel with the United Nations’ COP26 meeting in Glasgow, as world leaders and businesses work towards lowering emissions and combating global warming.

Mr Xi highlighted the importance of managing climate change to ensure sustainability and said China would achieve its carbon neutrality targets within the time frame it has set.

“The business communities across the Asia-Pacific are warmly welcome to join us in this endeavour.”