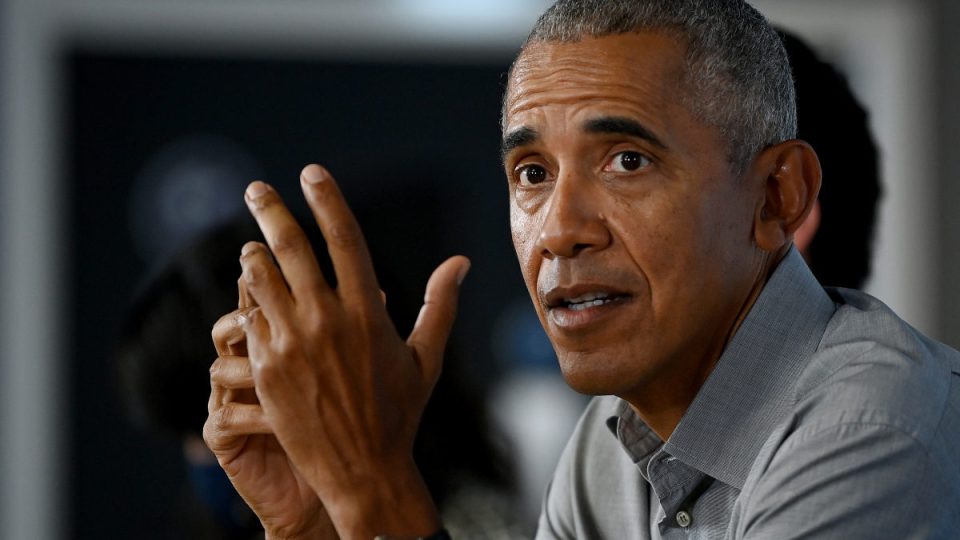 Barack Obama has told COP26 participants ‘all of us have sacrifices to make’ and wealthy countries must do more on climate. Photo: Getty

Barack Obama has urged negotiators at United Nations climate talks in Glasgow to aim for greater ambition in cutting emissions.

The COP26 summit in Scotland is the former US president’s first since he helped deliver the triumph of the 2015 Paris climate accord, when countries committed to cutting fossil fuel and agricultural emissions fast enough to keep the earth’s warming below catastrophic levels.

Climate summits since then have been less conclusive, especially as the US under president Donald Trump dropped out of the Paris accord.

US President Joe Biden has since rejoined.

Obama’s appearance on the sidelines of the talks on Monday is meant to remind governments of the elation that surrounded the striking of the Paris accord and urge them to more immediate, concrete steps to put the 2015 deal into action.

“All of us have a part to play, all of us have work to do, all of us have sacrifices to make” on climate, Mr Obama told a session for island counties in the Pacific, including some whose existence they say is threatened by rising oceans as the earth heats up.

Mr Obama also spoke to a bloc of countries pushing for stronger, quicker commitments and joining a round table of younger leaders of climate-minded foundations, businesses, research and advocacy.

The two-week climate talks are at their midpoint after Mr Biden and scores of other global leaders launched the summit last week with pledges of action and calls for more.

Scientists say the urgency is fully as great as the speech-making at Glasgow conveys, with the planet a few years away from the point where meeting the goals set in the Paris accord becomes impossible due to mounting damage from coal, petroleum, agriculture and other emissions.

Regional airline Rex axes routes as competition for passengers heats up with Qantas
Paul Bongiorno: The slogan ‘It’s the economy, stupid’ is no sure-fire winner for the Liberals
Today's Stories

Obama tells wealthy countries they have an ‘added burden’ at COP26