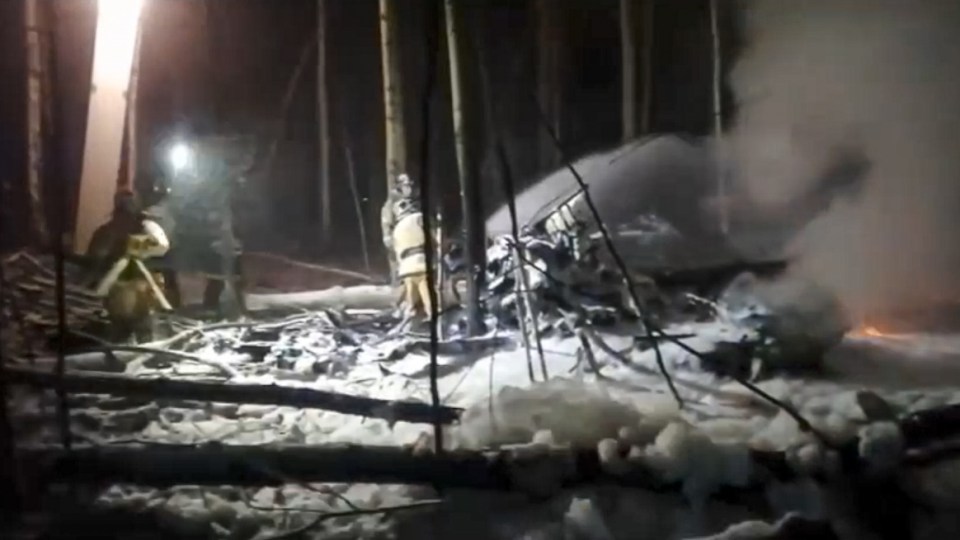 A Belarusian cargo plane has crashed while trying to land in eastern Russia, killing all seven people on board.

The Soviet-built An-12 operated by Belarusian carrier Grodno crashed on Wednesday and caught fire near Irkutsk, eastern Siberia.

Belarus’ Investigative Committee, the top state investigative agency, said there were seven people on board and all died.

Russian news reports said the plane crashed while making a second approach after failing to land in a first attempt.

The cause of the crash wasn’t immediately clear. Interfax news agency cited preliminary materials of investigation indicating that the plane crashed after ice-coated its control surfaces under freezing rain.

The aircraft was flying from Bilibino in the Chukotka region in Russia’s northeast and made a stopover in Yakutsk before continuing to Irkutsk.

The An-12 is a four-engine turboprop cargo plane designed in the 1950s. Hundreds have been built and many remain in service in Russia, other ex-Soviet countries and other nations around the world.