Facebook will undergo a major rebranding and look towards the future as it faces growing criticism of the harms perpetrated through its social media platform.

Mark Zuckerberg announced the company would change its corporate umbrella name from Facebook to Meta, effectively demoting Facebook to sit alongside its other social media platforms Instagram and WhatsApp.

The Meta rebranding was shifting the company’s focus to its future which Mr Zuckerberg said was more than just social media but the ‘metaverse’.

The new name refers to its growing focus on this “next frontier” which combines virtual reality and augmented reality.

“I’ve been thinking a lot about our identity as we begin this next chapter. Facebook is one of the most used products in the history of the world,” Mr Zuckerberg told the company’s Connect conference on augmented and virtual reality.

“It is an iconic social media brand, but increasingly it just doesn’t encompass everything that we do.

“Today we’re seen as a social media company…but in our DNA, we are a company that builds technology to connect people. And the metaverse is the next frontier just like social networking was when we got started.” 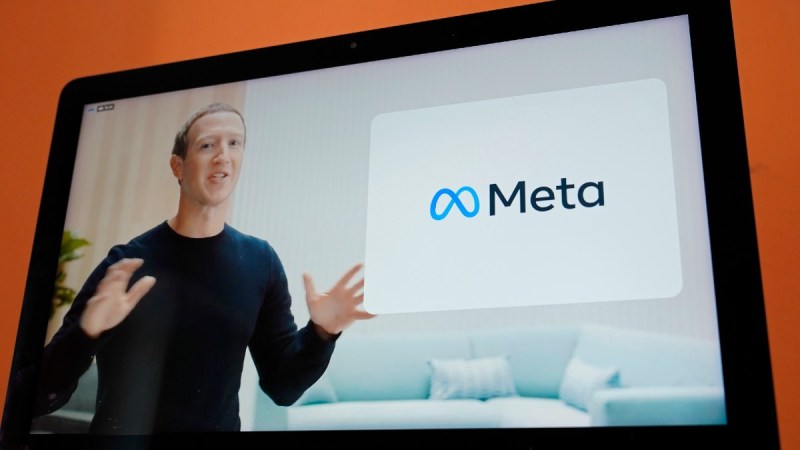 A media release stated Meta’s focus would be “to bring the metaverse to life and help people connect, find communities and grow businesses”.

“The metaverse will feel like a hybrid of today’s online social experiences, sometimes expanded into three dimensions or projected into the physical world,” said the statement.

“It will let you share immersive experiences with other people even when you can’t be together — and do things together you couldn’t do in the physical world.

“It’s the next evolution in a long line of social technologies, and it’s ushering in a new chapter for our company.”

The announcement follows growing criticism of Facebook for allowing the spread of misinformation, such as vaccine conspiracy, and the impacts of its social media platforms on mental health.

Critics say Facebook was slow to act on the dangers of vaccine misinformation because it was worried it might impact the company’s profits.

Facebook’s internal discussions on the issue, dubbed the Facebook Papers, revealed that in the midst of the COVID-19 pandemic, Facebook carefully investigated how its platforms spread misinformation about life-saving vaccines.

They also revealed rank-and-file employees regularly suggested solutions for countering anti-vaccine misinformation on the site, to no avail.

The inaction raised questions about whether Facebook prioritised controversy and division over the health of its users.

In a statement, company spokeswoman Dani Lever said the internal documents “don’t represent the considerable progress we have made since that time in promoting reliable information about COVID-19 and expanding our policies to remove more harmful COVID and vaccine misinformation.”

The company also said it took time to consider and implement the changes.

On March 15 Mr Zuckerberg announced that the company would start labelling posts about vaccines that described them as safe.

The move allowed Facebook to continue to get high engagement — and ultimately profit — off anti-vaccine comments, said Imran Ahmed of the Centre for Countering Digital Hate.

“Facebook has taken decisions which have led to people receiving misinformation which caused them to die,” Mr Ahmed said.

“At this point, there should be a murder investigation.”

The Stats Guy: What does tourism in Australia look like now that travellers are returning?
US says Julian Assange could be jailed in Australia
Today's Stories